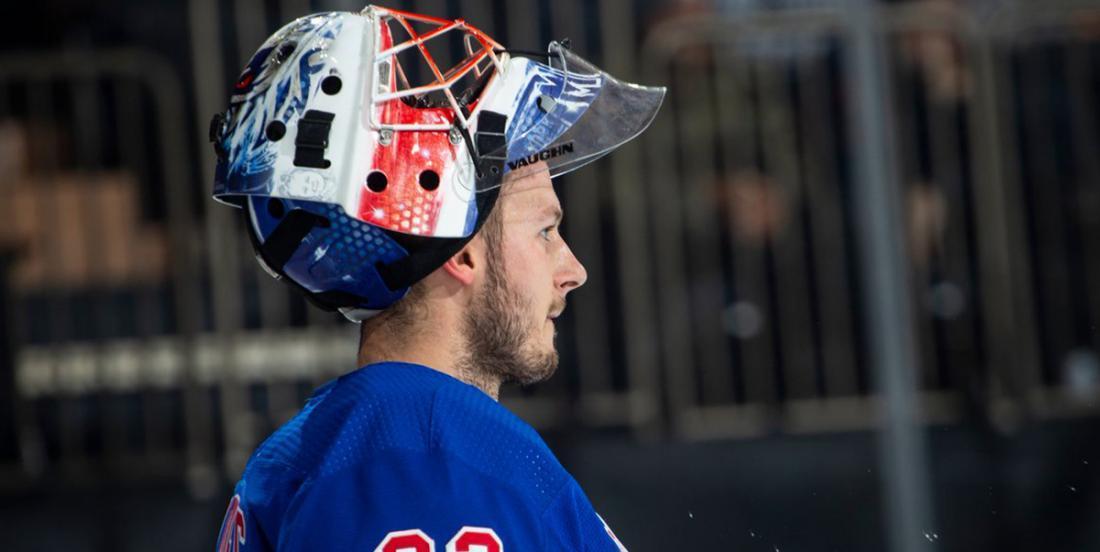 In addition, the Blueshirts have assigned goaltender Alexandar Georgiev to Hartford.

The 22 year old Georgiev, who signed a three year entry level deal as an undrafted free agent with the Rangers in the 2017 offseason, has started just one game for the Rangers this season, posting a horrific 7.19 goals against average and a pedestrian .821 save percentage. Despite the ugly stats this season, there’s still reason to believe that Georgiev can develop into an NHL goaltender. The first Bulgarian born to play in the NHL, he played 10 games for the Rangers last season, going 4-4-1 along the way. He also started 37 games for the WolfPAck

As for Mazanec, the 27 year old former Nashville Predators net minder was signed by the Rangers midseason in 2017-18 and went on to share the crease with Georgiev in Hartford. In 20 starts last season, the Czech net minder posted an impressive 11-6-1 record with a 2.97 goals against average and a .905 save percentage. He has struggled to start the 2018-19 season in the AHL, but that’s more a result of the team’s struggles than his individual struggle. With his promotion it’s expected that Rangers starter Henrik Lundqvist could see some rest in the upcoming week.

Lundqvist, as you might imagine, has been nothing short of fantastic this season and sports a 2.31 goals against average and an incredible .930 save percentage. Even at age 36 the veteran net minder is showing absolutely NO signs of slowing down. Long live, King Henrik!

In other Rangers news, the team dropped a 4-3 overtime decision the Washington Capitals last night. While it's not the result that the team wanted, they did manage to nab three of four points in a tough back to back schedule and according to Lundqvist, the team is taking big steps in the right direction.