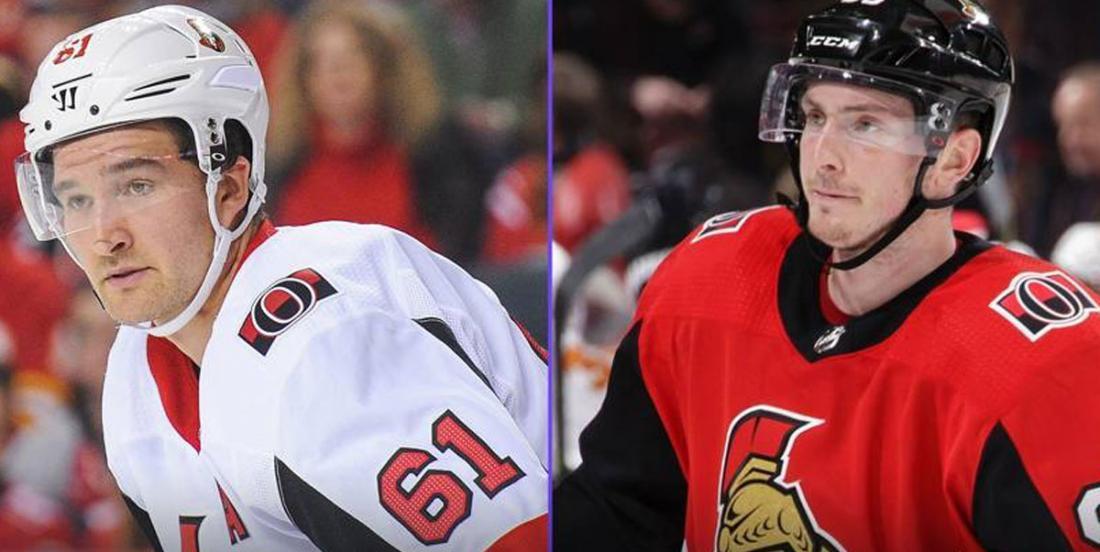 The Ottawa Senators are one of the few Canadiens teams in the National Hockey League for the 2018-19 season, which kicks off tonight. On Wednesday morning, the Senators announced that they will have no official captain to replace the recently traded Erik Karlsson this upcoming season, electing to go with a leadership group that consists of forwards Mark Stone and Matt Duchene. Mark Borowiecki and Zack Smith will rotate wearing an A throughout the year.

After dealing Erik Karlsson to the San Jose Sharks on Thursday afternoon, general manager Pierre Dorion had noted that he was keen on naming a new captain for the team right away. Therefore, the club won’t have a replacement when the Senators open the season against the Chicago Blackhawks tomorrow evening at home.

The Senators have made it clear as they undergo this rebuild that they don’t want to get caught up in timetables, but by naming Stone and Duchene as leaders of the group, they are making a point of showing them they are counting on them to stay with the team and lead the new rebuilding phase Ottawa is now facing. Both players are set to become free agents in the summer of 2019, but a leadership role could convince them to stay in Ottawa, despite the recent struggles.

The Toronto Maple Leafs have yet to make a captaincy choice, while many believe the new star player, John Tavares, should get the C on his jersey. The Montreal Canadiens quickly replaced Max Pacioretty, who was traded to the Vegas Golden Knights before the start of training camp, and named Shea Weber the new captain of the Habs. The Vancouver Canucks have opted for the same approach as the Sens as they announced Tuesday that they have no official captain to replace Henrik Sedin this upcoming season, electing to go with a leadership group that consists of Alex Edler, Bo Horvat, Brandon Sutter and Chris Tanev.

The elected members of the membership group will surely have a good impact on the young players in the team who have the pressure to lead the rebuilding phase.

Speaking of one players, it has been revealed that top pick Brady Tkachuk will not take part in the season opener due to a groin injury.