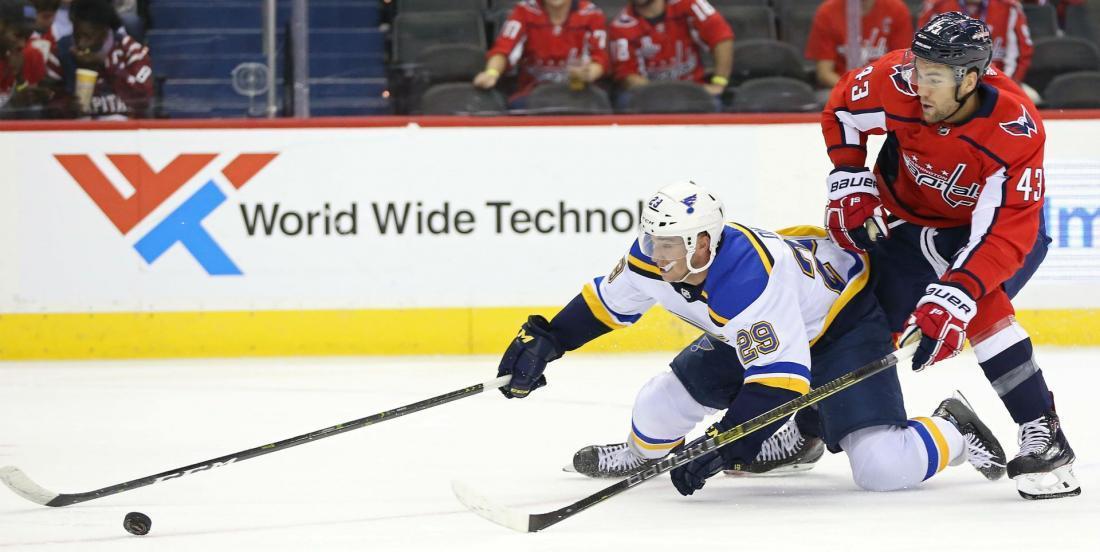 Washington Capitals forward Tom Wilson has decided to appeal the 20-game suspension the NHL levied on him in the wake of his hit to the head on the St. Louis Blues’ Oskar Sundqvist during a pre-season game, and on Friday, Sportsnet’s John Shannon has provided us with the latest details on what the appeal implies.

According to Shannon, this has been determined as part of the appeal on Friday. The appeal will be heard by NHL commissioner Gary Bettman, however a date for the appeal hearing hasn’t been set yet. The League and the National Hockey League Players’ Association will need to determine a date together.

Once Bettman issues his decision it does not mean the process is necessarily complete. Wilson will have the option to further appeal to a neutral arbitrator.

This is all because Wilson delivered a massive blindside hit in open ice to the head of Sundqvist as the Blues forward was getting rid of the puck.

As a result, Wilson was given a lengthy 20-game suspension by the NHL, presumably because he is a repeat offender. During the time he is suspended, based on the $5.17 million average annual value of Wilson’s contract, he will forfeit $1.26 million. The money goes to the Players’ Emergency Assistance Fund.

You can see the hit and the complete incident in the video above.

If the suspension is upheld, Wilson would be eligible to return Nov. 21 against the Chicago Blackhawks.

Last season, Wilson set NHL career highs with 14 goals, 21 assists and 35 points in 78 games. However, we keep thinking of his bad behaviour and not his quality of play on the ice… Wilson has been suspended four times in his past 105 games, including the preseason and playoffs.

"He's been an important player for us, really been coming into his own on the first line, complements Ovechkin and Kuznetsov especially, so he's very difficult to replace," Caps head coach Todd Reirden said after the suspension was announced. "He adds to our team on the penalty kill and as a physical presence out there. Besides those factors that are difficult to replace is the in-room leadership that he has and kind of the presence he has with our room."