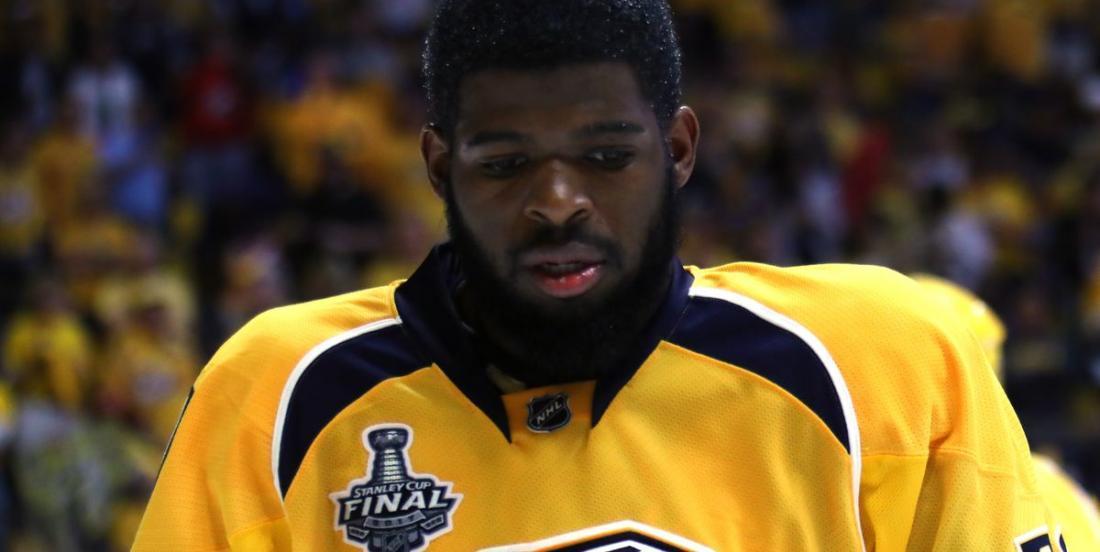 P.K. Subban's 600th regular-season game didn't end on the ice, and it seems now that the blue liner will have to wait to get back to action.

The Nashville Predators defenseman left Tuesday night's 5-4 loss against the San Jose Sharks during the first period and didn't return after playing just 7:07 of ice-time.

After the contest, head coach Pierre Laviolette offered no update on Subban's status, but did acknowledge that the mounting injuries are taking their toll after his team, who announced earlier today that Viktor Arvidsson would be sidelined for six to eight weeks with a broken finger.

"I haven't talked to anybody about it," Laviolette said Tuesday night when asked about Subban's status. "It’s a tough situation tonight. We have some big guys out of the lineup. Losing P.K. and going down 3-0 after playing last night."

On Thursday, it was announced that Subban had been placed on the injured reserve. Laviolette finally revealed that his star defenseman was day to day with an upper-body injury.

While Subban landed on the injured reserve, the team also announced that defenseman Dan Hamhuis has been activated from the IR.

Let's hope the Preds can survive without Subban and Arvidsson!