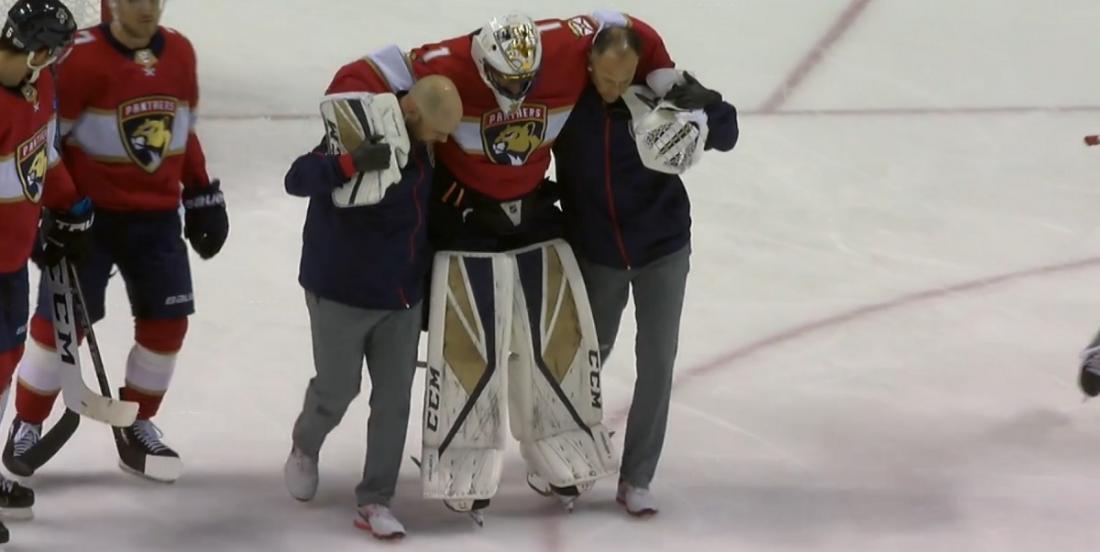 What does it mean for the goalie's future in the NHL?

We know have a better idea of what's in store for  beloved National Hockey League veteran goaltender Roberto Luongo.

And it isn't good news.

As the Florida Panthers were taking on the New York Islanders on Monday night,  Luongo stretched out his leg to make a routine pad save, and it was immediately evident that he was in severe pain.

The veteran goaltender couldn't even stand with the help of his teammates and trainers, and eventually he had to literally be carried off the ice in his equipment.

On Wednesday, Panthers head coach Bob Boughner announced that Luongo is expected to miss multiple weeks with a lower-body injury.

The only good news is that Boughner confirmed the current injury has nothing to do with his surgically repaired hip.

Our thoughts are with Luongo, who is out for the second time this season already...