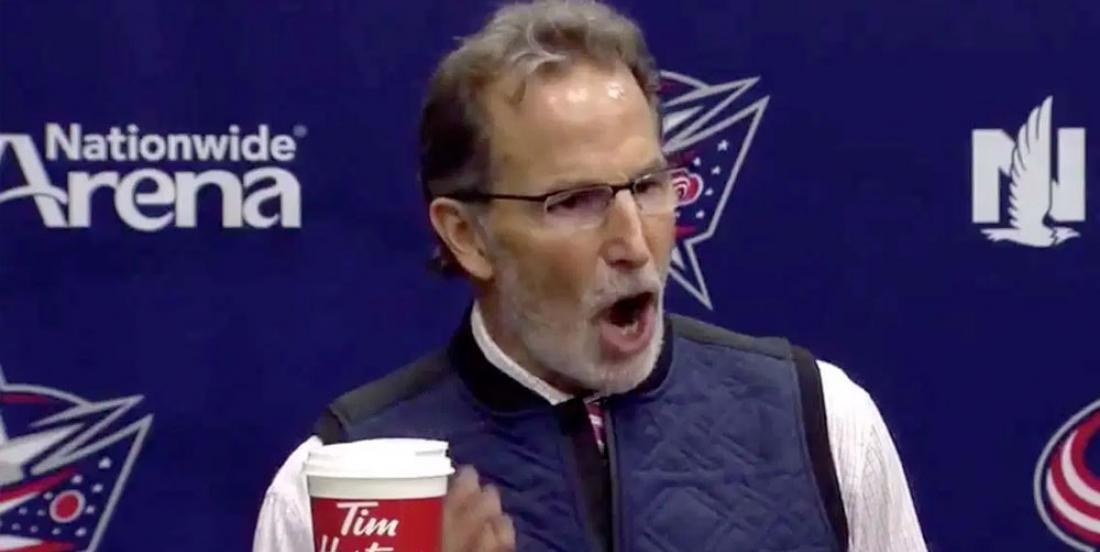 In case you missed it this past weekend, Columbus Blue Jackets head coach John Tortorella absoultely WENT OFF on the NHL and its officials for a blown call in his team's game against the Chicago Blackhawks.

For a full account of that story, check out our report from this past weekend further down below.

Today, however, the NHL came down HARD on Torts, issuing him a $20,000 fine and an additional $25,000 fine should he make similar comments between now and December, 2020.

The Blue Jackets bench boss was outraged after a shootout loss to the Chicago Blackhawks on Sunday night and he was outraged not at his players, not at the Chicago Blackhawks, but at the National Hockey League and the work done by its officiating crews. Tortorella was upset that the game clock was not properly reset by the officials after the whistle was blown late in the game, a decision that he believes led to a chain of events including the loss of the game for his team, as well as an injury to his goaltender Joonas Korpisalo.