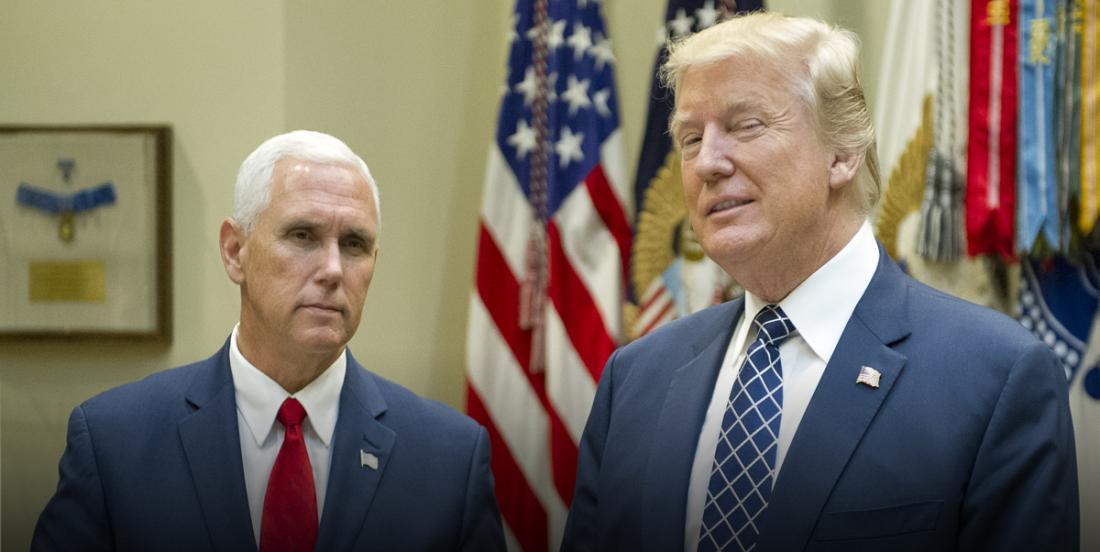 Saturday night marked the first time an NHL player protested the US national anthem before puck drop. J.T. Brown of the Tampa Bay Lightning raised a fist in silent protest - an act he planned and was expected to do. It caused a whole media storm - and fans were extremely divided in response to it.

Joel Ward and other fellow black hockey players spoke out on the hot debate - most saying they would not protest, but Brown decided to stand in solidarity with fellow athletes in the NFL who've been kneeling or demonstrating some sort of protest since the beginning of the football season.

This afternoon, Vice-President Mike Pence was in attendance at the Indiannapolis Colts game, but swiftly left when players took a knee during the anthem.

His statement says it all - and is going to stir up yet another massive controversy online.

He apparently was acting on President Donald Trump's orders.

With what's going on in the NFL, and the first protest occuring in the NHL - one has to wonder how far this is going to go, and if the protests will multiply in the hockey world. We've been lucky enough to not be too distracted by it - but with Brown's protest, it could potentially increase the odds of other NHL players following suit in subsequent anthem performances.