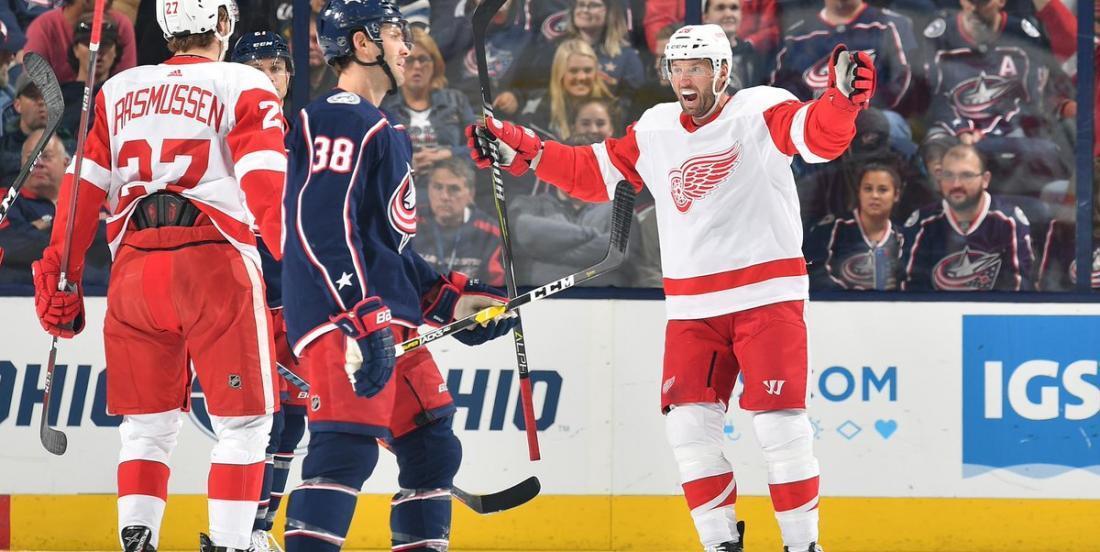 It was expected and we finally know what changes need to be made in Detroit following the injury of Red Wings veteran forward Thomas Vanek. After the 5-3 win over the Columbus Blue Jackets on Tuesday night, the Red Wings revealed that it would be without his services for the next two-to-three weeks due to a lower-body injury. Red Wings head coach Jeff Blashill said after his team's victory that Vanek sustained a lower-body injury during the game. Vanek appeared to hurt a knee after being hit in the first period. He did record a point before leaving as Vanek set up a goal Tuesday for his fourth point in his last five games.

Vanek and the Red Wings agreed to a one-year, $3 million contract in July, for his second stint with the team. In all in the NHL, Vanek has recorded 359 goals and 758 points in 977 career games. Now, he is sidelined...

Therefore some changes were made to the lineup on Wednesday. The Red Wings have just recalled center Wade Megan from the American Hockey League’s Grand Rapids Griffins and assigned defenseman Joe Hicketts to the Griffins.

Many people expected the Wings to recall forward Christoffer Ehn as he played nine games before being assigned to Grand Rapids Oct. 24. However Megan has been the ideal candidate. Here is the full description of his recent performance by the team, as explained on their official website:

Megan, 28, has tallied two goals and two assists in his first eight games with the Griffins after signing with the Red Wings on July 1, 2018. Megan spent the last two seasons with the American Hockey League's Chicago Wolves, where he totaled 99 points (44-55-99) and a plus-34 rating in 136 games, including his first season in Chicago in which he won the Willie Marshall Award for leading the league in goals, tallying 66 points (33-33-66) in 73 games en route to being named to the AHL First All-Star Team. Megan skated in four NHL games for the St. Louis Blues over two seasons (2016-18), scoring a goal in his NHL debut on Dec. 22, 2016 at Tampa Bay. Since the 2012-13 season, the Canton, N.Y., native has skated in a total of 334 AHL games with the San Antonio Rampage, Portland Pirates, Wolves and Griffins, recording 157 points (80-77-157), a plus-25 rating and 230 penalty minutes.