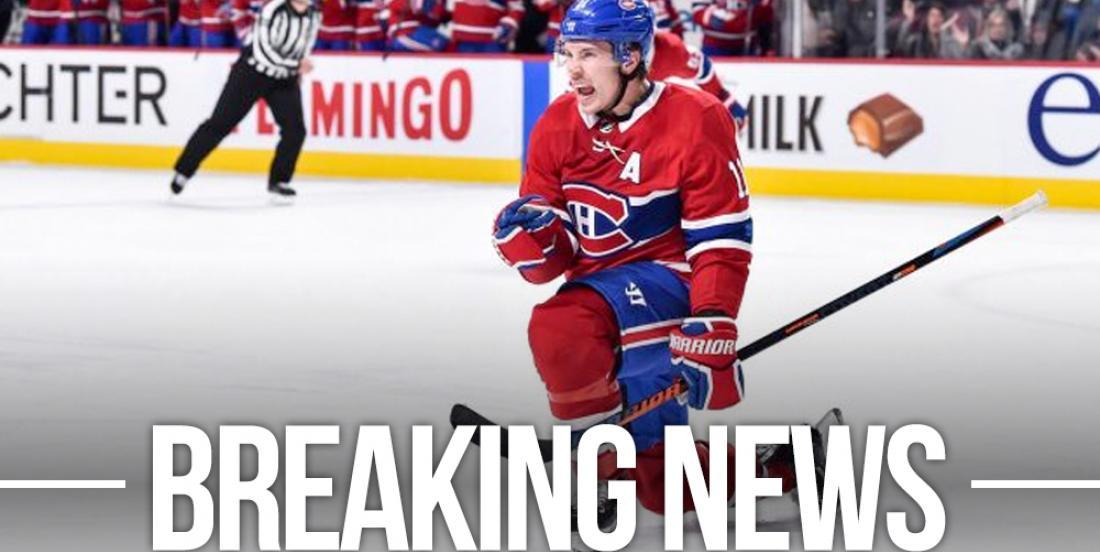 This just in, the Montreal Canadiens have signed forward Brendan Gallagher to a six year contract worth $6.5 million per season.

The 28 year old Gallagher collected 43 points in 59 games with the Canadiens in 2019-20. His 22 goals (including 21 at even strength) ranked him first among his teammates - tied with Tomas Tatar - for a third straight season. He also added 21 helpers to reach the 40-point plateau for a third straight campaign. Gallagher skated in nine playoff games and tallied four points (1 goal, 3 assists). The alternate captain led the team this season in shots (226) and first goals (5), and ranked second with a +9 differential.