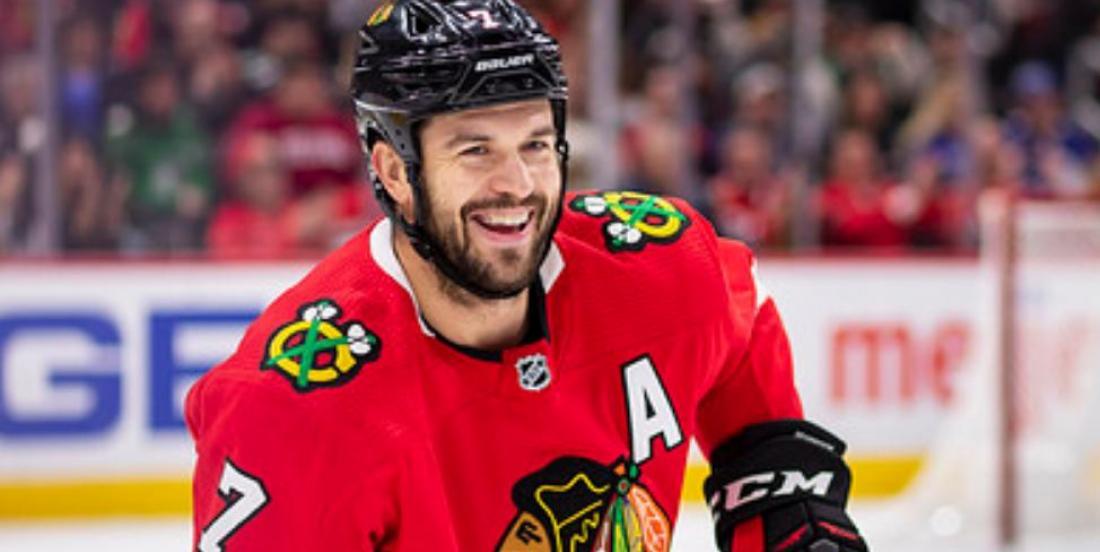 The Chicago Blackhawks have quite the dilemma on their hands and unfortunately it does not appear as though there is an obvious solution to be found. On Saturday reports began to surface suggesting that Chicago Blackhawks veteran defenseman Brent Seabrook was looking to make his return to the lineup in time for the upcoming mini camps teams in the National Hockey League will undergo prior to the start of the 2020 Stanley Cup Playoffs. The date for the start of those camps is July 13th, which means that Seabrook has made a rather quick recovery from the three major surgical procedures he underwent after playing in just over 30 games with the Blackhawks in this most recent season.

Some believed that the move from Seabrook would effectively mean the end of his career, after all undergoing 3 big surgeries is no joke, but it seems obvious now that Seabrook has absolutely no intention of stepping away from the game. The return of an experienced veteran, not to mention Stanley Cup Champion, like Seabrook is of course a blessing ahead of the playoffs but one has to wonder if Seabrook's return won't also be viewed as a curse by many members of the Blackhawks fan base. Seabrook has suffered from a significant decline in his performance as of late and his contract is considered an albatross by many fans and pundits alike.

It is unclear how much the injuries played a role in Seabrook's decreased performance and therefore it is not outside the realm of possibility to suggest that we could see a reinvigorated Seabrook when he inevitably makes his return. The matter of his contract however will not improve and will continue to carry a cap hit of $6,875,000 per season through the 2023 - 2024 regular season, and I have serious doubts about whether or not Seabrook will continue to be an effective player 4 seasons from now. Recently Ben Pope of the Chicago Sun Times called the contract "arguably the worst decision of general manager Stan Bowman’s eventful tenure" as the general manager of the Blackhawks, and even pointed to the fact that some have argued that it is quite literally the worst contract in the NHL.

I would be lying if I didn't mention that there were clearly some who were hoping that Seabrook would ride out the remainder of his career on injured reserve much like Marian Hossa did with the Blackhawks, but that will not be the case. Making matters worse is the fact that Seabrook's contract is effectively buyout proof due to the signing bonus structure of his contract, that signing bonus money covers the majority of his earnings in those final 4 years of the deal. A lot of how Seabrook's return is perceived will stem directly from how well he is able to perform on the ice following his recent surgeries but things are not going to be easy. Seabrook will have to get back up to speed after a 7 month layoff and will immediately step into the most grueling tournament in sports, the Stanley Cup Playoffs.