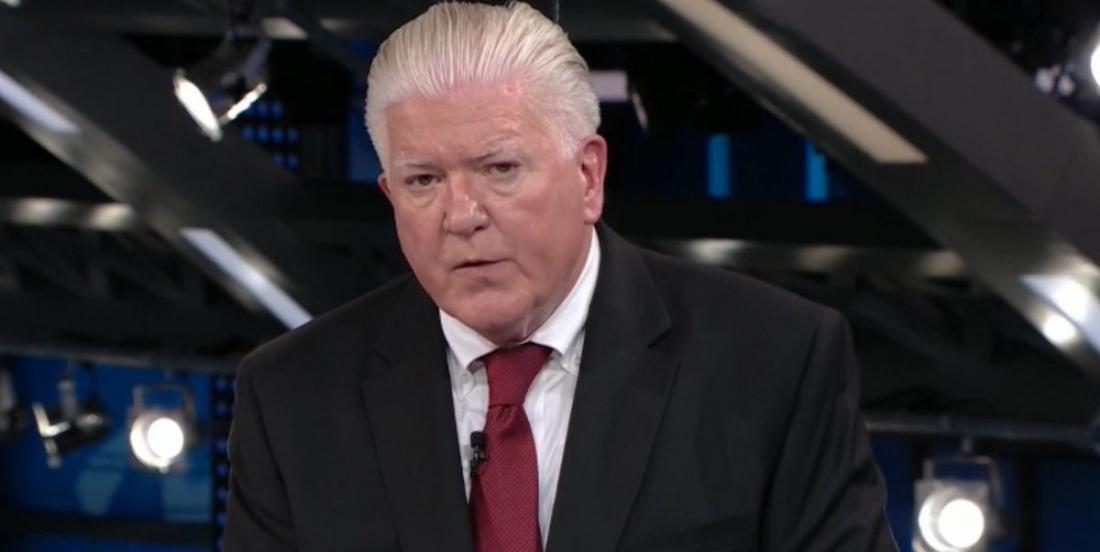 Former National Hockey League executive Brian Burke has thus far not been impressed with the officiating in Game 4 of the first round Stanley Cup playoff matchup between the Calgary Flames and Dallas Stars.

During the second intermission Burke, who went out of his way to stress that he knows just how difficult officiating at the NHL level truly is, called out the officiating stating that the officials were being far too active and giving out what he considered to be penalties unworthy of being called in the playoffs. I gotta be honest given the calls that Burke used as his examples here I do find it a little difficult to disagree, especially the one involving Calgary Flames goaltender Cam Talbot.

"Well you gotta start with the disclaimer, these guys are great guys and its the most difficult job in officiating in all of pro sports, but there are a couple of calls in this game that are not playoff penalties," said Burke. We're not talking about the whistle away, but the bar has to go up for what a penalty is."

Burke's first example was a tripping penalty on Stars forward Jamie Oleksiak in which there was clearly a trip, however Burke indicated that he felt that was a "regular season" type penalty. Funnily enough the other penalty he took issue with was also a tripping penalty and this one was on Flames goaltender Came Talbot. Just like on the play with Oleksiak there is no doubt that Talbot's stick resulted in a Stars player being tripped up but Burke felt that again this one should have been allowed to slide. I can definitely see the point being made by Burke here, he feels that the flow of the game would have been better served in both instances had the play been allowed to continue and no penalty had been called, and I agree.

"I don't get it. When they did put the whistle away for a little bit we had the best hockey we've seen in this series. You've gotta call the bar higher, call fewer penalties, it's the playoff guys," said Burke is closing."