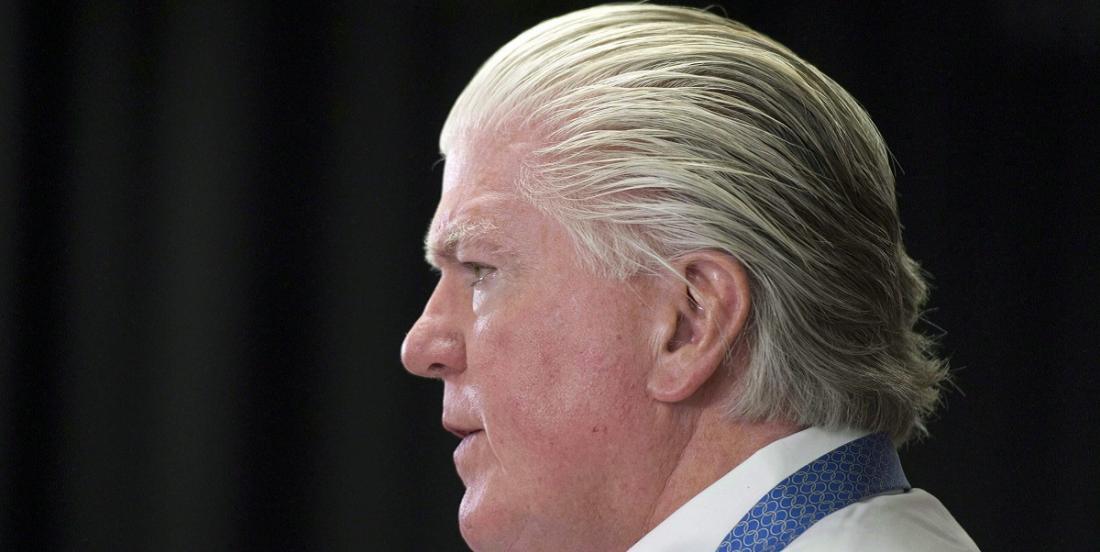 Every year there is plenty of discussion surrounding the National Hockey League's Awards and the 2019 - 2020 NHL regular season will no doubt come with the same level of controversy surrounding those arounds that every season that has preceded has brought to the table. It is only normal after all given that there are often so many deserving recipients to choose from but this time around former NHL general manager Brian Burke is stating his case a little early.

Burke discussed the topic of coach of the year during a segment on Hockey Night in Canada on Saturday and Burke picked someone that likely would not get much mention at an end of the year awards ceremony as his number one guy thus far this season. In an answer that I am sure came as a surprise to many Burke clearly stated that he felt Winnipeg Jets head coach Paul Maurice should be the man crowned as coach of the year, presuming the award were given out at this stage of the season, and frankly the surly former general manager made a pretty good case for his pick as well.

The Jets are not at the top of their division, in fact they currently aren't even in second place in that division, but instead sit in third place behind both the defending Stanley Cup Champion St. Louis Blues and the talented loaded Colorado Avalanche. Burke argues however that no coach has gotten more out of the talent that he has at his disposal than Paul Maurice, and when you consider some of the massive losses the Jets took this offseason you may find it hard to disagree. The Jets lost veteran defenseman Jacob Trouba to free agency, although they did trade his rights to the New York Rangers prior to him walking away for nothing, and they then loss star defenseman Dustin Byfuglien to a controversy that is still ongoing at the time of this writing. That alone would cripple the blue line on most NHL teams but somehow Maurice has found a way to keep his team trucking along and collecting big points.

I will add that as a small counter argument it helps a lot when you have a goaltender as hot as Connor Hellebuyck, who currently has a 2.23 goals against average and a .933 save percentage through 21 games this season, between the pipes but Maurice may also deserve some credit in that regard. In spite of the losses on defense Hellebyuck is on pace for the best season of his NHL career at the moment and no doubt Maurice has played at least some minor role in that improvement as well.