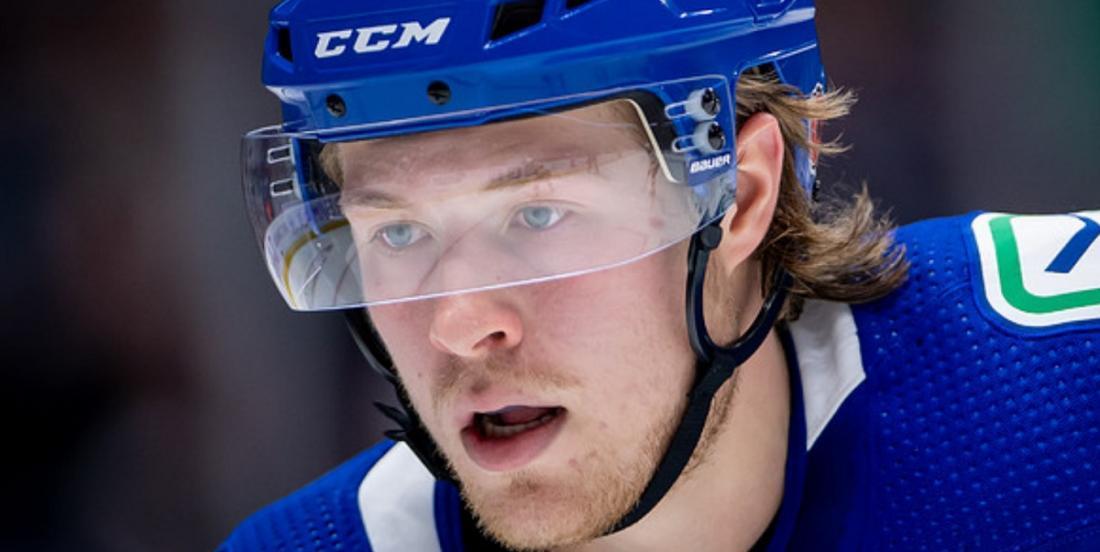 We are currently experiencing a situation unlike any other most of us have ever experienced in our lifetimes and it has proven to be a particularly trying time for many people. This of course includes many players in the National Hockey League who have had to face issues with travel, their living situations, a massive forthcoming loss in wages by all accounts and more, but one player facing perhaps a unique set of problems is young Vancouver Canucks star Brock Boeser.

In a recent conversation with TSN's Farhan Lalji the Canucks forward revealed that his family had been placed in a rather precarious position as a result of the sudden outbreak around the world, one that has been caused in large part due to his father's ailing health in the past few years. Boeser's father has suffered from a number of conditions that have made him particularly vulnerable due to having a compromised immune system and due to the fact that he is still currently in recovery.

Boeser's father has had what is an ongoing battle with lung cancer, a battle he thought he had won in 2017 only to have the cancer return last year, and has also been suffering from Parkinson's disease for some time as well. Farhan Lalji brought this up to Boeser when asking him about his quarantine situation and the young Canucks forward admitted things had been trying for him and his family.

"We are keeping our distance here and I haven't even touched either of them," said Boeser in the interview. "Just being safe all around everywhere we go and I go grocery shopping for them and stuff like that. It is obviously something that we do not want to get in this family."

Boeser would go on to admit that he had taken extra precautions regarding his father's safety, going so far as to team up with his brother to tell his moth to remain home from work less she risk infecting her husband.

"We everything first started happening it was obviously something that we were super cautious about from the get go. My borther and I were all over my mom about staying from work just to be safe. Obviously we don't want my dad to get and we don't want my mom to get it either, it is just with my dad's health  and stuff we are being very safe about it."

Here's to hoping their extra precautions will prove to be successful.