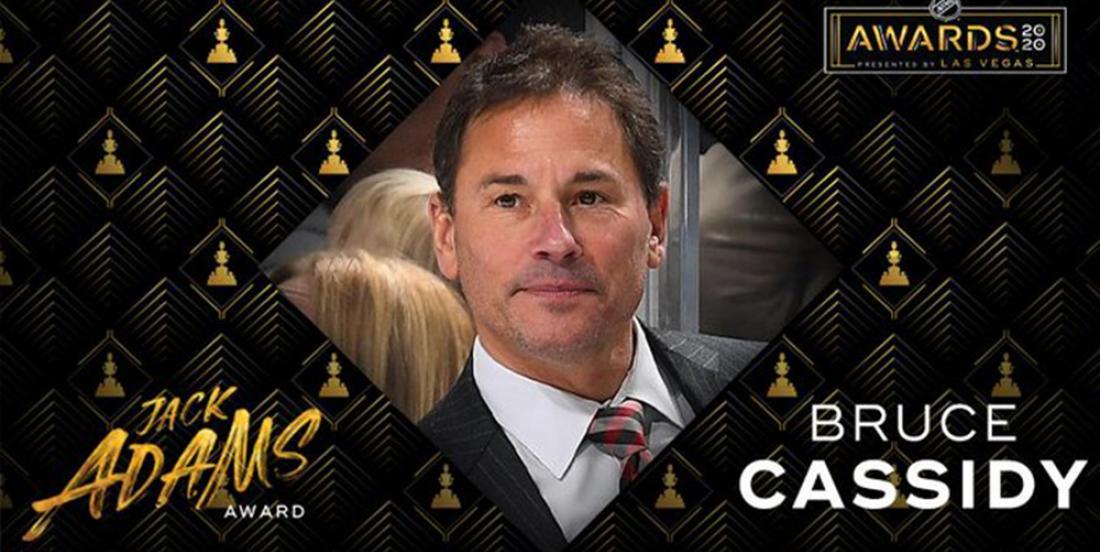 Boston Bruins head coach Bruce Cassidy has been awarded the Jack Adams Award as the NHL's top coach for the 2019-20 season.

Cassidy guided the Bruins to the best record in the League (44-14-12, .714 points percentage) and the Presidents' Trophy as the top regular-season team. Boston was eight points ahead of the second-place Tampa Bay Lightning in the Atlantic Division, the largest margin for any division leader, when the season was paused March 12 due to concerns surrounding the coronavirus.

This is Cassidy's first Jack Adams Award win and, quite frankly, it's well deserved. He's also the fourth Bruins head coach to win the award after Don Cherry in 1976, Pat Burns in 1998 and Claude Julien in 2009. Ironically enough, Cassidy is Julien's replacement having taken over the team midway through the 2016-17 season. Since then he's done an excellent job behind the B's bench, leading them to a 161-66-34 regular season record and advancing beyond the first round of the Stanley Cup Playoffs in each season.