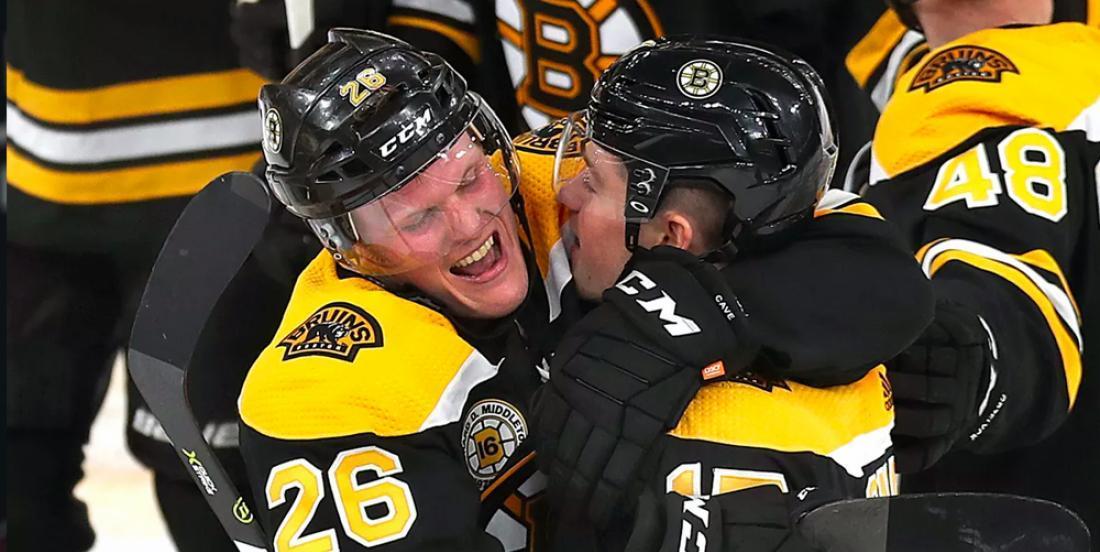 It's hard to believe that it's been nearly four months since Edmonton Oilers forward Colby Cave passed away after suffering a brain hemorrhage. The 25 year old was rushed to hospital in April and placed under a medical-induced coma. After an emergency brain surgery to remove a tumour there was hope that Cave might recover. Heartbreakingly though, he passed away on Saturday, April 11th.

In the wake of his death, friends, teammates and even NHLers with no personal connection to Cave have been vocal in their support of Colby's widow Emily Cave. The Oilers and the Calgary Flames recently held a moment of silence for Cave prior to the two teams' exhibition match on Tuesday evening. Oilers teammate Cooper Marody penned a song for Colby called, "Agape".

The Oilers even all wore #12 at their final practice before going into the "NHL Bubble" for their upcoming series against the Chicago Blackhawks so that Emily and the Cave family could see Colby's number out on the ice for one last time.

“Seeing No.12 on the ice one last time will mean more than anyone could know,” Emily said the media afterward.

Now, Colby's other former team, the Boston Bruins, are paying tribute to him as well. Earlier today the Bruins unveiled a #26 sticker, the number that Cave wore during his time with the Bruins franchise from 2014 until the Oilers picked him up on waivers in 2018, that the team will wear on their helmets for the duration of the Stanley Cup Playoffs.

Incredible. A beautiful gesture from the Bruins.

The fact is, Cave left just as much of an impression on his Bruins teammates as he has the Oilers. The undrafted free agent signing played parts of five seasons with the Bruins organization, splitting his time between Boston and the AHL's Providence Bruins. He became friends with Bruins players like Danton Heinen, Jake DeBrusk, Matt Grzelcyk and Sean Kuraly and left a lasting impression on all his Bruins friends and teammates before moving on to the Edmonton Oilers franchise in January of 2019.