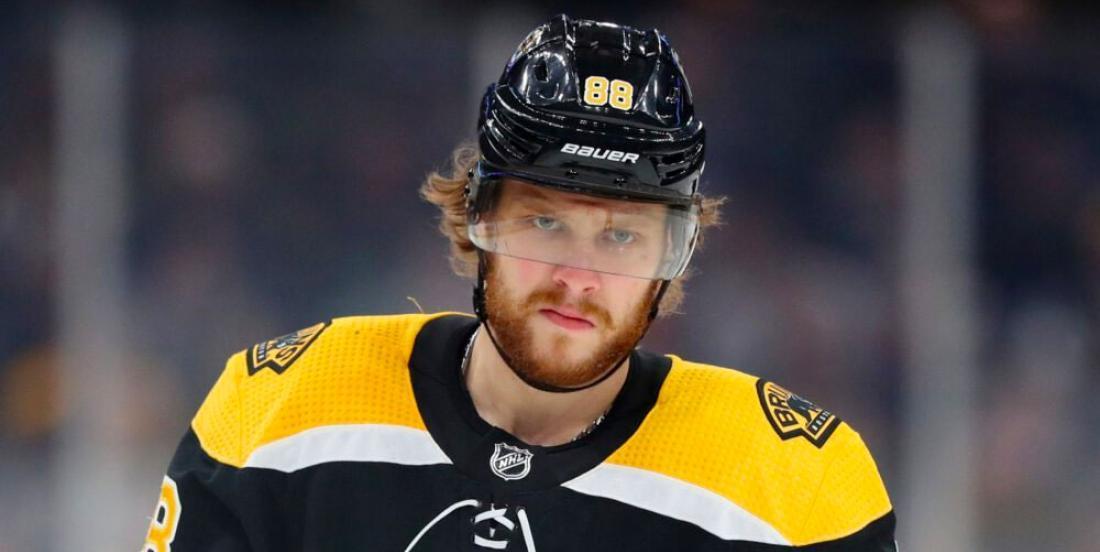 Despite playing through an injury…

We knew from the start there was something wrong with star player David Pastrnak, but finally Boston Bruins head coach Bruce Cassidy explained what happened during the team’s training camp and postseason.

Pastrnak, who tied for the NHL lead with 48 goals in the regular season, wasn’t the same when he was able to step on the Bruins during the round robin and the first two rounds. The Bruins fell from the No. 1 to the No. 4 seed in the round-robin portion of the qualifiers and people started to notice Pastrnak, because well, he wasn’t noticeable!

On Wednesday, Cassidy stated that he felt both Pasta and Ondrej Kase were behind in their conditioning after missing camp. While he did mentioned that his best player played through a lower-body injury that impacted his skating, it did not stop him from blaming Pasta for his performance - or lack thereof.

“Their conditioning level wasn’t where it needed to be.”

We all remember how Pastrnak missed nearly all of the team's training camp in Phase 3 in the late weeks of July. It was revealed that he had to return in quarantine after skating in a rink in Malden with a bunch of amateur players at the start of Phase 3. He travelled with the Bruins to Toronto and eventually played in the round robin. He ended up missing two contests against the Carolina Hurricanes in the first round series, however, Cassidy did not say if it was due to that lower-body ailment.

This could be added to the list of elements that played against the Bruins in the postseason, in which they got eliminated from the second round in five games by the Tampa Bay Lightning. Star goalie Tuukka Rask, who is a finalist for the Vezina Trophy for the top goalie in the NHL, opted out to go home for a family emergency and left the team without their top player in between the pipes.

Cassidy probably expected more from his best player, though we can understand he wasn’t the same due to this LBI. However, the bench boss seems sure that things would have been different if Pasta had been able to complete training camp.