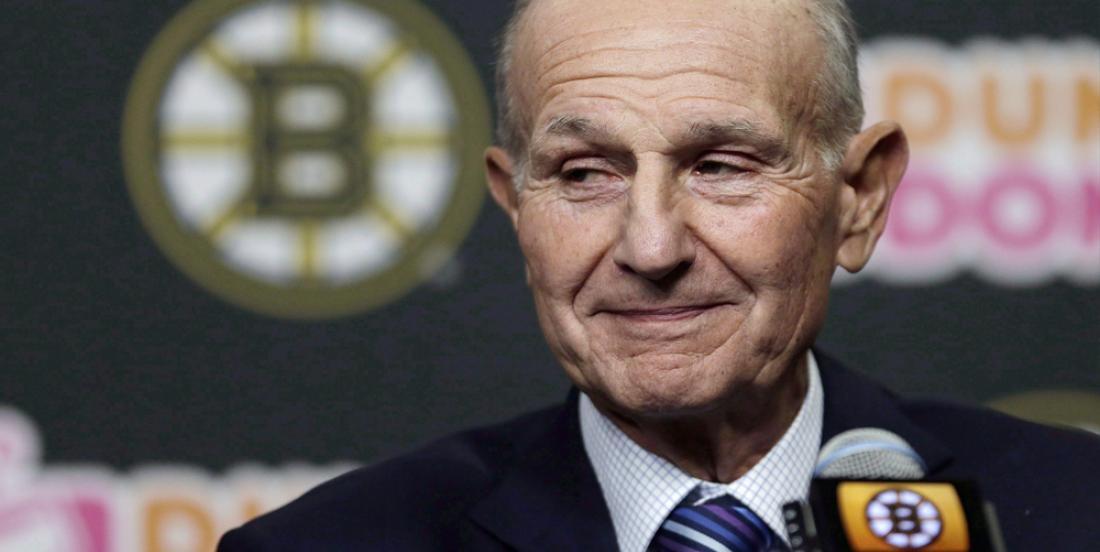 The Bruins could be operating under a reduced budget thanks to notorious cheapskate Jeremy Jacobs.

The 2019-20 season ended much to soon for Boston Bruins fans. The "Big Bad Bruins" bowed out of the Stanley Cup Playoffs with more of a whimper than a roar, limping their way through a listless five game elimination against the Tampa Bay Lightning. Just a year after pushing the St. Louis Blues to Game 7 of the Stanley Cup Final, the Bruins failed to get back to the dance and now they're facing an offseason of uncertainty. In fact, this could be the most uncertain offseason the Bruins have had in nearly a decade.

The impacts of COVID-19 are obviously being felt by every NHL franchise, but Bruins owner Jeremy Jacobs has essentially seen his entire business model shrivel up into dust. After all, the long-time Bruins owner has made his fortune in the food services industry and his corporation Delaware North Inc. provides concession services to not only the Bruins and TD Garden roommates the Boston Celtics, but to nearly a dozen MLB teams as well including the Baltimore Orioles, Milwaukee Brewers, St. Louis Cardinals, Cincinnati Reds, Detroit Tigers, Minnesota Twins and Chicago White Sox. With now crowds allowed at the games, Jacobs' finances have fallen into disrepair... and now the Bruins are going to foot the bill.

Bruins President Cam Neely met with the media (virtually) for his season ending press conference today and he didn't deny the fact that his team could be facing budgetary restrictions heading into the offseason.

Check out some of these ominous quotes from Neely's Zoom call courtesy of The Athletic's Fluto Shinzawa:

“We could be,” Neely said when asked if they’ll be a cap club. “It’s just a matter of do we want to be, where we’re at and what’s going to happen next year. Until we really find out when we are starting and how many games is the season going to be, that’s going to be a factor in some of the decisions we’re going to make. We may not have the luxury to make those decisions. So we’ll have to go on that we’re playing a full 82-game schedule, and we’re going to try to put the best team on the ice we can.”

Neely goes on to say that he'll be seeking some value from depth (cheap) players moving forward:

“I think we have to figure out who in our organization, that’s maybe playing in Providence, are they ready to take a step? Can they take a step? We need to find out if they can take that step,” Neely said. “First and foremost, I think we have to really assess that. At the same time, we can look and see who’s available (in free agency), and does it fit for us.”

Yikes... after so long as a cap team it's hard to imagine the Bruins scraping the bottom of the barrel. But history has shown us that Jacobs ins't afraid to tighten the purse strings in times of peril.