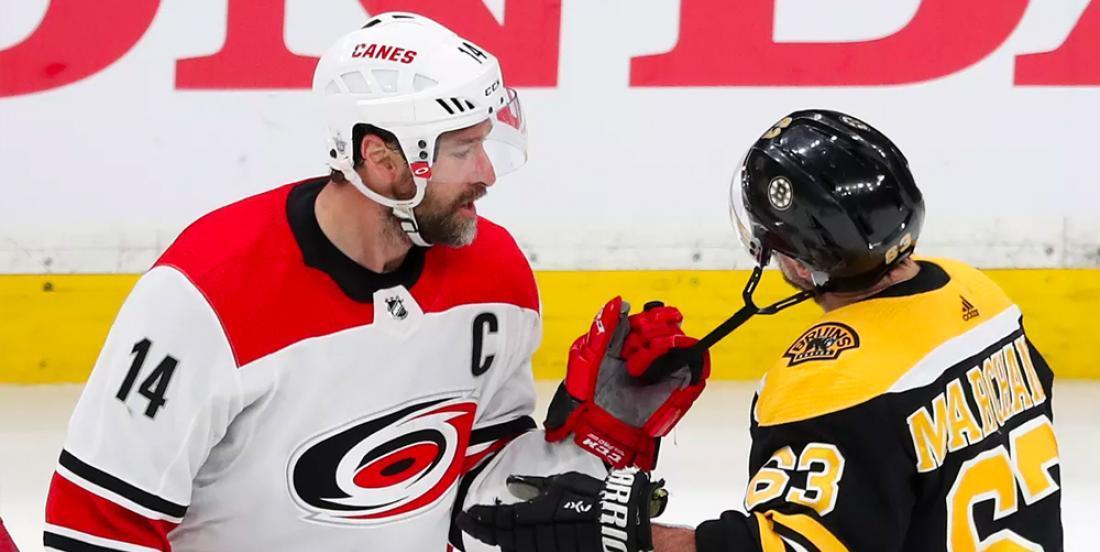 The Boston Bruins are moving on up.

The Bruins officially eliminated the Carolina Hurricanes in Game 5 by a score of 2-1 of their opening round Stanley Cup Playoff series. It was a highly entertaining series that provided not only some great on-ice drama but some off-ice drama as well. Whether it was Bruins goaltender Tuukka Rask leaving his team and the NHL's Toronto bubble midway through the series or 'Canes head coach Rod Brind'Amour calling the NHL and its officials "a joke", there was plenty to be entertained with in this series.

The Bruins now move on to the second round while the 'Canes head into a lengthy offseason. For 'Canes captain Justin Williams though... this is likely the end of the road.

The 38 year old Williams of course took his time coming back to his team's roster after a disappointing loss to the Hurricanes last season. But he did come back and he vowed to be a difference maker when he returned. He was a true leader in every sense of the word. Not just for this Hurricanes team though, for every team he played on during his NHL career. The three time Stanley Cup champion didn't earn the nickname "Mr. Game 7" for nothing. He was absolutely CLUTCH for the Hurricanes, Philadelphia Flyers, Los Angeles Kings and Washington Capitals over his 20 year long career. He's a Conn Smythe award winner for his remarkable play  during the Kings' 2014 Stanley Cup run and his 41 goals and 102 points in 161 career playoff games are truly a marvel.

If this is indeed the end for Williams he'll go out with a career stat line of 1,264 games played with 320 goals and 797 points. Not bad. Not bad at all. And even at 37 years old, in his final full NHL regular season, he put up a respectable 23 goals and 53 points in 82 games... again, not bad. Not bad at all. Congratulations to Justin on a fantastic career full of plenty of personal and team accomplishments. It's safe to say that this young Hurricanes team is in good hands with guys like Sebastian Aho and Andrei Svechnikov ready to take them to the next level.