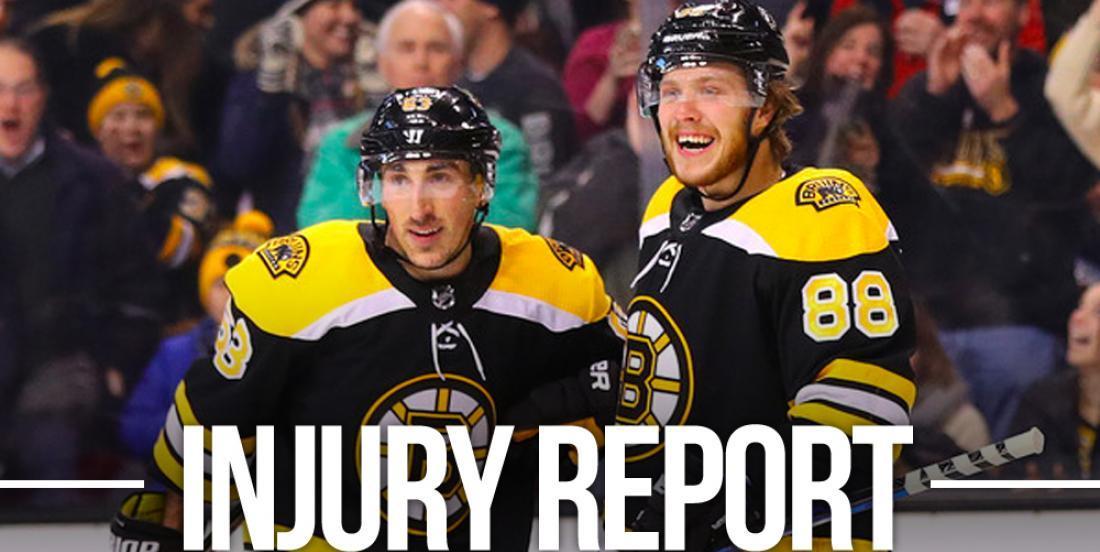 Looks like the team will be without their dynamic duo for an extended period of time.

With the Boston Bruins opening their training camp yesterday head coach Bruce Cassidy took the opportunity met with the media and issue an update on the health of superstars Brad Marchand and David Pastrnak. And well let's just say that there's some good news and some bad news for the B's headed into the 2021 season.

First up, Marchand seems to be recovering nicely from his offseason hernia surgery. He wore a red "no contact" jersey in practice yesterday, but is reportedly taking hits and taking today's practice as a regular participant. Look for him to ramp things up over the next week, he's hopeful that he can begin the 2021 regular season without a hitch.

As for Pastrnak though... well that's more complicated.

Cassidy confirmed that the Czech sniper won't be ready for the start of the season, but couldn't give a definitive timeline for his return.

The good news is that Cassidy doesn't expect Pastrnak to miss "a lot of time."

That's obviously a vague descriptor, but early reports were that Pastrnak would be out of the team's lineup until mid February. It's unclear if that has changed or not. Stay tuned, Bruins fans.