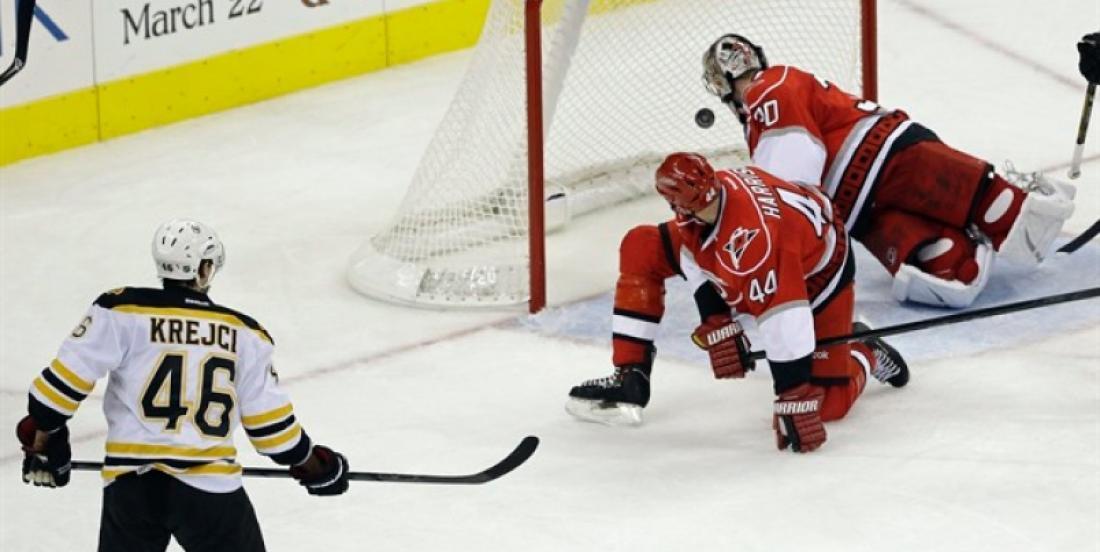 Tuukka Rask seems to be stopping just about anything the Carolina Hurricanes are throwing at him, but the Boston Bruins netminder could be told to relax by one of his teammates ahead of tonight’s Game 4 in Raleigh.

That’s because the Bruins have a chance to sweep the Canes and become the Eastern Conference champions tonight, however, forward David Krejci has little interest in sweeping Carolina and ending this so quickly.

While we bet he would be over the moon to make it to the Stanley Cup finals for the second time of his career, Krejci would prefer to play games rather than awaiting the winner of the San Jose Sharks and St. Louis Blues series in the West. While it means the Bruins could rest, it also means attending practices…

"It would be nice. But at the same time, that means more practices. I don’t like practices, I’d rather play games."

The Hurricanes are expected to play with desperation tonight and could challenge the Bruins to push the series and head back to Boston for Game 5 on Saturday night.

And while the Canes and their awesome fanbase would be thrilled about this, it seems like it wouldn’t disappointed Krejci all that much…