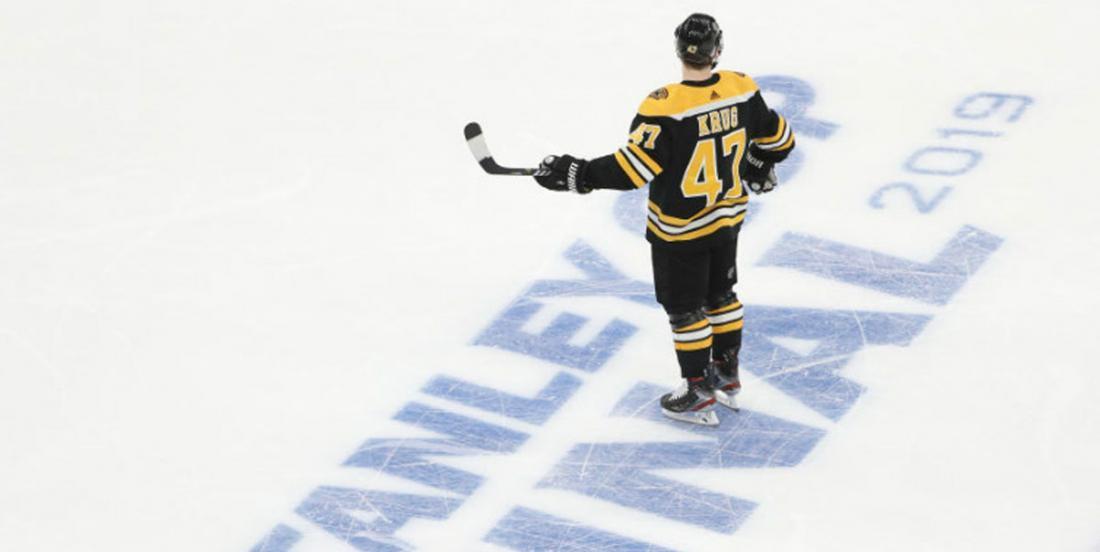 His mind his probably on what is next for his contract, however, Boston Bruins defenseman Torey Krug has gotten many teams looking at the possibility of signing him as a free agent this summer.

Ever since the start of the postseason, Krug has impressed and managed to record two goals and 18 points in 23 playoff games, after posting up a 53-point season in just 64 regular-season contests.

Despite the injuries, Krug has been a joy to watch and some rival clubs are hoping he will decide to test the free-agent market next summer as his four-year, $21 million deal expires in the summer of 2020.

Many believe the Bruins will have no other choice but to look at the trade market seeing that Boston simply won’t be able to re-sign him given the money he could command on the open market.

While it has been reported that the New York Rangers would love to make Krug a pitch, Pierre McGuire strongly believes the Detroit Red Wings will be the ones who will get to tempt the veteran blue liner the most. He can easily see Steve Yzerman getting him under contract if he hits the free-agency market.

This goes well along with what was said recently on the 31 Thoughts Podcast with Elliotte Friedman and Jeff Marek as the pair spoke openly about Krug and his options moving forward, pointing out that the Red Wings would be a strong contender for his services.

Krug now hold a modified no-trade clause and would have some leverage in a potential trade, however, many suggest he would greatly accept a trade to Hockey Town, seeing that he is from Michigan and attended Michigan State.

While this will be discussed some more over the course of the summer, for now, Krug and the Bruins are focused in on tonight’s Game 7 of the Stanley Cup final against the St. Louis Blues.