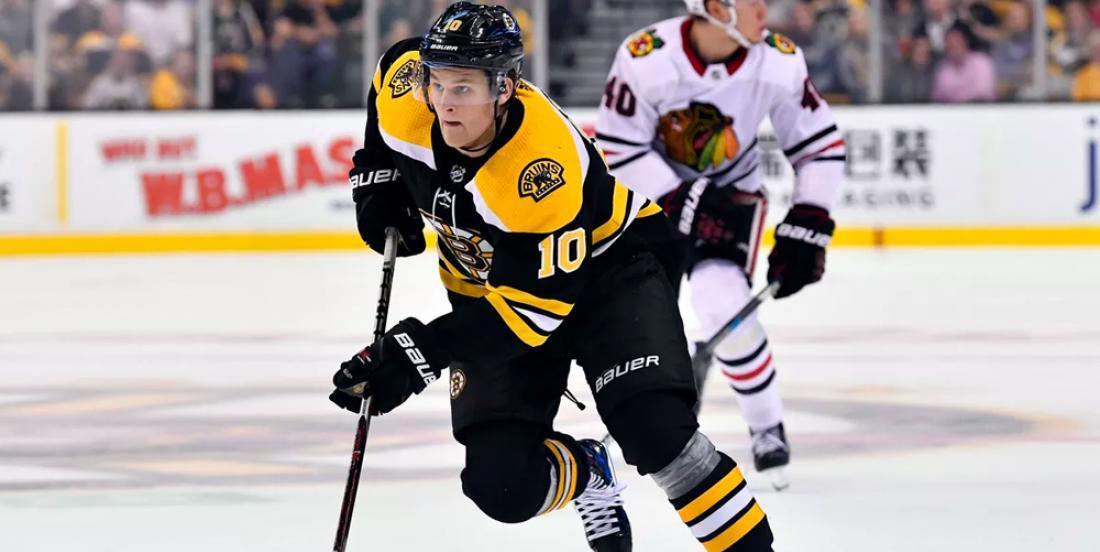 A steal of a deal!

This just in, the Boston Bruins have re-signed 23 year old forward Anders Bjork to a three year contract with an annual salary cap hit of just $1.6 million.

That's a steal of a deal for a 23 year old whose game looks to be on the rise. The six foot, 190 pound winger put up nine goals and 19 points in 58 games with the Bruins this season and is a candidate to have a breakout campaign in 2020-21 (whenever that is).

Read below for the full details courtesy of the Bruins' official website:

BOSTON - Boston Bruins General Manager Don Sweeney announced today, July 29, that the team has agreed to terms with forward Anders Bjork on a three-year contract extension through the 2022-23 season with an annual NHL cap hit of $1,600,000.

Bjork made his NHL debut on October 5, 2017, against the Nashville Predators in Boston where he tallied his first NHL assist and point. The forward later recorded his first NHL goal on October 14, 2017, vs. the Coyotes in Arizona.

Before turning pro, Bjork served as an alternate captain for the Notre Dame Fighting Irish in 2016-17, finishing the year with 21 goals and 31 assists for 52 points, all of which were career highs. Bjork played for three seasons at Notre Dame, appearing in 115 games (2014-2017) accruing 40 goals and 69 assists for 109 points with a plus-42 rating.

Prior to attending Notre Dame, Bjork spent two seasons in Ann Arbor, Michigan with the U.S. National Team Development Program from 2012-14, skating in 117 games and compiling 33 goals and 32 assists for 65 points with 58 penalty minutes and a plus-21 rating.

The Bruins signed Bjork to an entry-level contract on May 30, 2017. The Mequon, Wisconsin native was selected by the Bruins in the fifth round (146th overall) of the 2014 NHL Entry Draft.