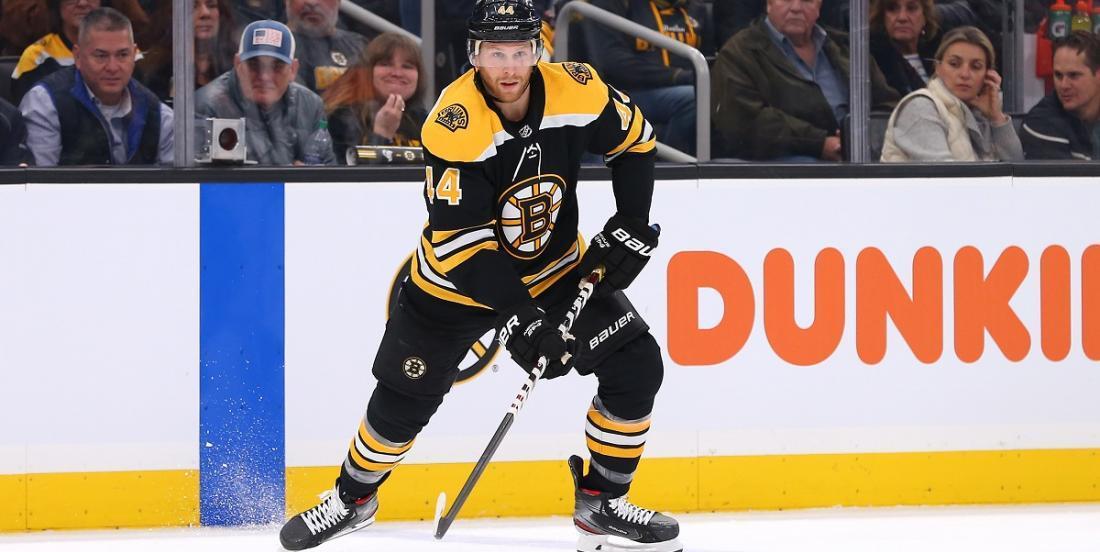 Kampfer ruled out of the playoffs.

Another player has chosen to opt out of the National Hockey League's proposed return to play plan and once again the player making the decision is one that likely would have seen relatively little playing time.

On Saturday night Boston Bruins defenseman Steven Kampfer took to social media and published a statement that left no questions about the fact that he would be sitting out the 2020 Stanley Cup Playoffs. Kampfer is effectively a borderline roster player for the Bruins and likely would have spent most of his time watching the games from the sidelines unless his team suffered some losses on the blue line in the form of injury, suspension, or even an infection involving COVID-19. I suspect that this played a considerable role in the decision from Kampfer but in spite of that the Bruins defenseman claims that this was not an easy choice to make, which comes as no surprise given that the Bruins are considered favorites to go all the way by many pundits and fans alike.

Now you might be thinking that Kampfer is crazy for giving up what could be a very good shot at winning a Stanley Cup Championship, especially relatively late in his career at 31 years of age, but the message published by Kampfer this evening outlines some very good reasons for why he felt he had to make the choice. Kampfer explains that his family is particularly vulnerable when it comes to contracting COVID-19, and laid out the reasons why in this statement:

After speaking with my wife, family and my agent I have decided that I am opting out of the return to play. This was one of the hardest decisions I've ever had to make. My wife and son have a congenital heart defect which can cause complications with COVID-19. We have taken this very seriously. Family will always be my priority.

I will be rooting for my teammates and hope we can bring the Cup back to Boston.

Everyone stay healthy and safe.

No man wants to put his wife and child at risk, even if it means a shot at the Stanley Cup, and I respect Kampfer for making what was no doubt an incredibly tough choice.