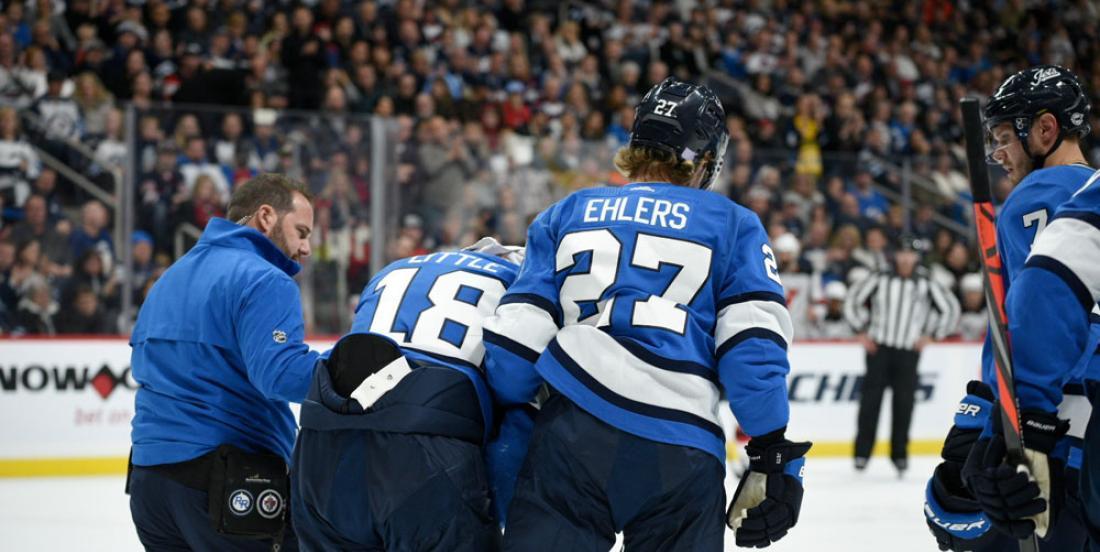 Oh no. Here’s hoping Little makes a full recovery and gets back to his normal self.

In case you missed it Tuesday evening, Winnipeg Jets forward Bryan Little was forced to leave his team’s game against the New Jersey Devils after taking a slap shot to the side of the head courtesy of teammate Nikolaj Ehlers.

Little was bleeding after taking the puck to the head and needed to be helped off the ice by Ehlers and a team trainer. He did not return to action and after the game the Jets issued a statement on his condition.

Essentially, Little had his ear blown up by Ehler’s shot and needed 25-30 stitches to have it sewn back up. Ugly stuff, but no big deal for a hockey player, right? Wrong. Earlier today Jets insider Scott Billeck of the Winnipeg Sun reported that Little has a perforated ear drum and is suffering from vertigo. The good news is though that he’s expected to make a full recovery.

For those who don’t know, vertigo can be a debilitating condition, especially for a professional athlete. Vertigo is a sensation of feeling off balance or dizzy. Suffice it to say, that’s not a good thing for a hockey player.

The 31 year old Little has two goals and five points in seven games for the Jets this season. No timeline for his return, but at this point the team and the player are probably happy just to know that Little will be able to live a normal life once full healed.