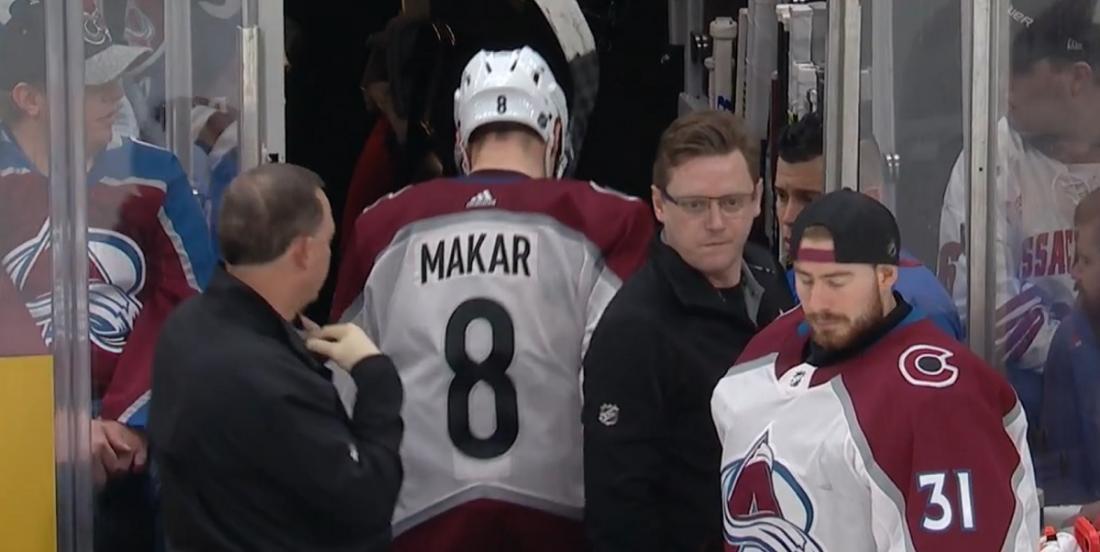 Makar goes down with an injury.

This is very bad news if you are the Colorado Avalanche.

The Avalanche were on the road on Saturday night and they were in hostile territory facing off against a Boston Bruins team that had yet to taste defeat in front of their hometown fans this season at TD Garden Arena. The good news if you're a fan of the Colorado Avalanche this evening is that the Avs picked up a huge win over the Bruins on the evening, but unfortunately that victory has been completely overshadowed by concern for arguably the organization's most talked about player, defenseman Cale Makar.

The 21 year old defenseman has been on a tear this season, so much so in fact that just about every pundit I know has already pencilled him in as a lock to win the National Hockey League's Calder Memorial Trophy, an award handed out each year to the league's rookie of the year, but that tear came to a screeching halt on Saturday night. During the opening minutes of the game's third period Makar took a big hit behind the Avalanche's net courtesy of Boston Bruins agitator Brad Marchand, arguably one of the most reviled men in the entire National Hockey League, and it seems like this time around Marchand more than hit his mark. It was pretty obvious following the hit that Makar had something wrong with him and unfortunately it only got worse from there.

Initially Makar did his best to try and shake off the injury and remain in the play but it was readily apparent to the broadcast crew that he was effectively limping around out on the ice after the hit. Makar could be seen hunched over while trying to move into position, and as soon as he got the chance to get off of the ice he did exactly that. The Avalanche star headed straight down the tunnel and to the visitors locker room which is of course a very bad sign for the Avalanche as well, and thus far we have received no update on his current status.

It was a rough night for the Bruins as well as they saw prospect Jakub Lauko collapse on the ice while playing for the Providence Bruins earlier this evening.