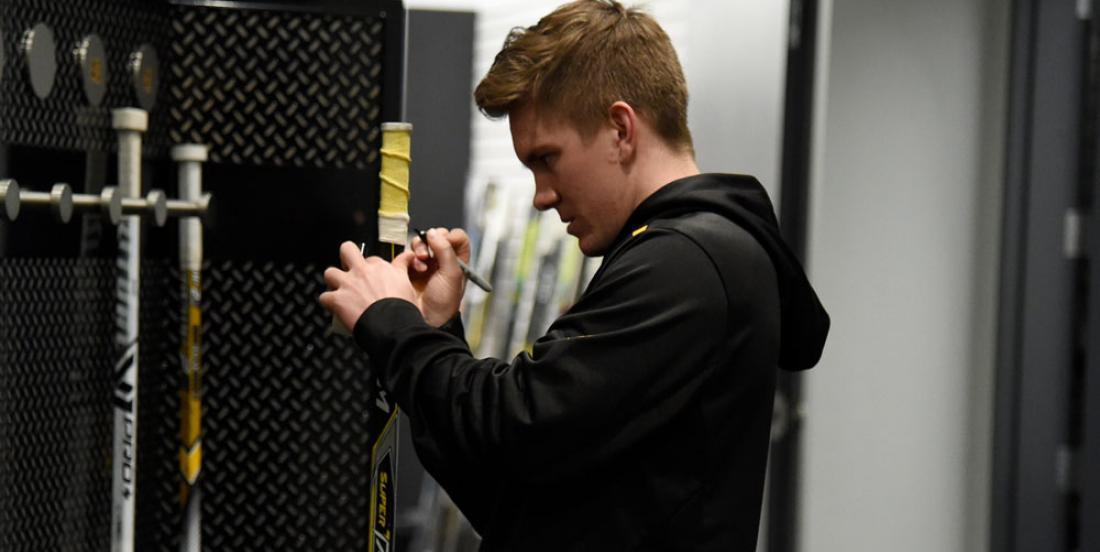 Additionally, Cassidy confirmed that Brett Ritchie will return to the lineup on his third line position, while Jaroslav Halak gets the start in goal.

Here’s how the Bruins will line up tonight:

As for Hughes, the 23 year old former 6th round pick (165th overall in 2015) is pretty excited for his first taste of NHL action:

The Edmonton, Alberta native has two goals and six points in 13 games with the AHL’s Providence Bruins this season and will be expected to provide some fourth line grit for the Bruins alongside Sean Kuraly and Chris Wagner.