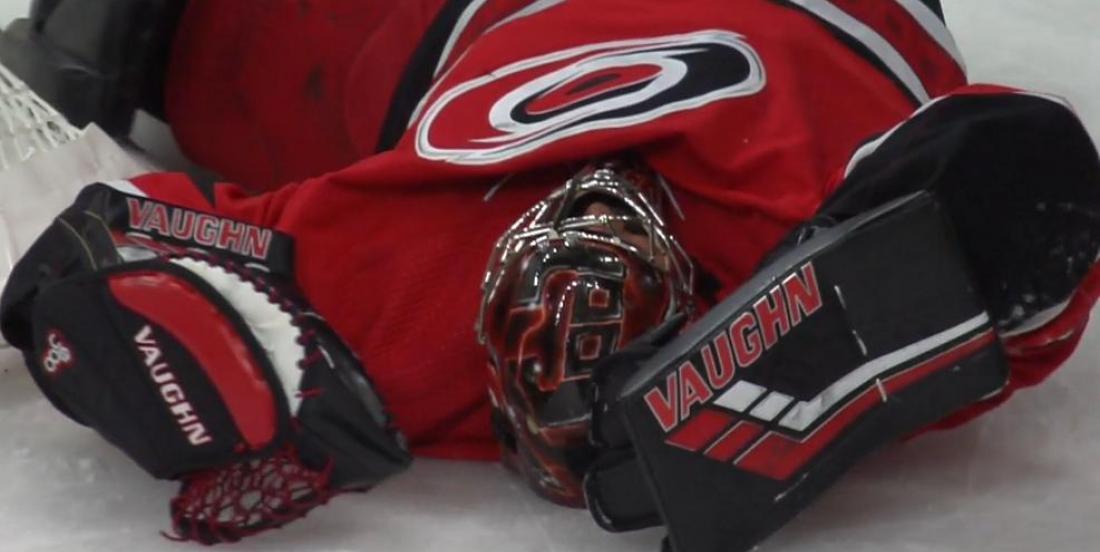 The highlight of last night’s game between the Carolina Hurricanes and San Jose, which ended with a Canes’ win in a shootout, came midway through the second period when all Hell broke loose and veteran beloved player Joe Thornton was at the centre of it all.

On Friday morning, as the Canes practice together, someone had the hilarious ideas to draw a body outline of Mrazek on the ice, just like we see for victims in crime scenes.

While they are clearing poking fun at their own goalie for falling so easy to Thornton’s punch, you have to admit this is pretty funny!