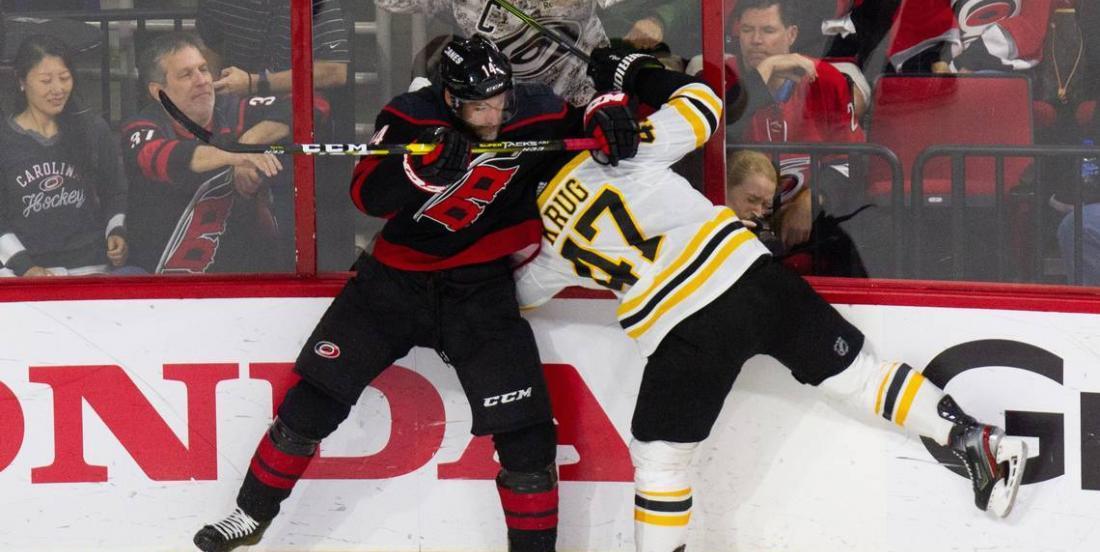 Canes without their captain Williams for do or die Game 4?!

This could be the final blow…

The Boston Bruins have taken a menacing 3-0 lead in the Eastern Conference finals and it is clear that have gotten under the skin of Carolina Hurricanes captain Justin Williams.

While at first, his feisty attitude at the start of Game 3 could have looked inspiring to his teammates, Williams ended up spending so much time in the penalty box after making questionable moves motivated by anger and frustration.

Some even believe that Williams could be contacted by the NHL Player Safety department, who could decide to take a look at the Canes captain’s elbow to the head of the Bruins defenseman Torey Krug during the contest. If they have a look, some believe Williams could be suspended for a game, like Bruins' Charlie McAvoy was for Game 1 of the series after his high hit on Columbus Blue Jackets' Josh Anderson in Game 6 of that series.

To make matters worse, cameras also caught Williams punching David Backes in the back of the head during a scrum near the net. Nothing to help Williams moving forward...

Canes head coach Rod Brind’Amour knows how much Williams means to this team and couldn’t explain what had gotten into his captain in the pivotal Game 3.

While we do not doubt that the team looks up and always listen to Williams on the ice and in the room, now it’s time for the captain to listen to his teammates as he needs to channel the right emotions heading into Game 4… if he gets the chance to.