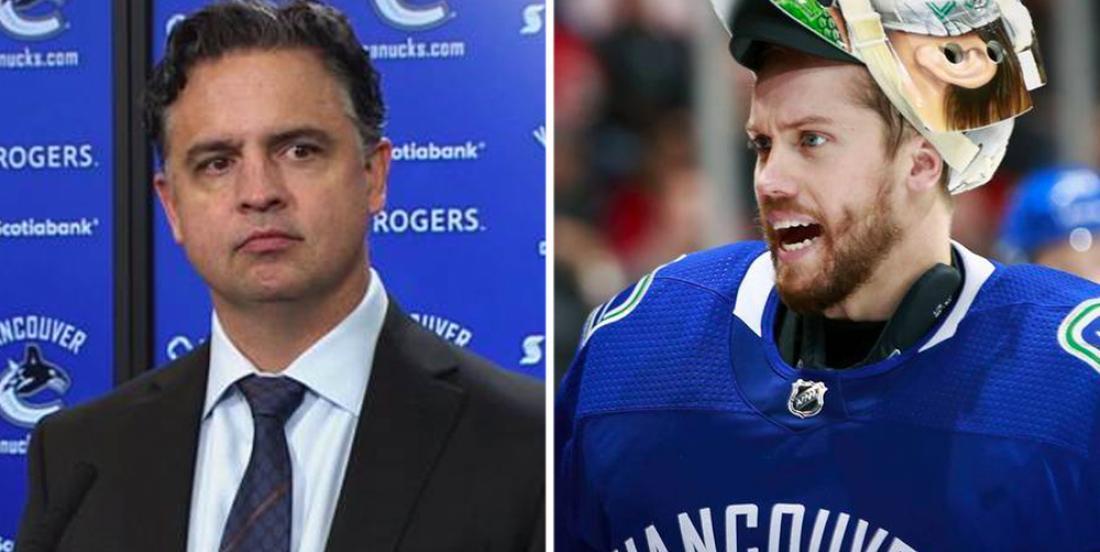 Backs against the wall and Green REALLY shakes things up!

This just in courtesy of Vancouver Canucks insider Matt Sekeres of Sportsnet 650, Canucks head coach Travis Green will reportedly turn to backup goalie Thatcher Demko in place of starter Jacob Markstrom for tonight's elimination game against the Vegas Golden Knights. It's suspected that Markstrom has a lower body injury, which would explain his laboured movements and subpar play in Game 4 this past Sunday evening. Sekeres warns though that a firm decision hasn't been made, but that the Canucks are in fact leaning towards starting Demko over Markstrom.

Suffice it to say that this would be a HUGE development for the Canucks if it ends up proving to be true. Markstrom has been the Canucks' MVP all season long and has arguably been one of the best, most consistent goaltenders in the league since the puck officially dropped on the NHL's Return to Play in July. The 30 year old netminder and pending unrestricted free agent has put up a 2.85 goals against average and .919 save percentage in 14 playoff games with the Canucks this postseason.

But... an injury is an injury and if in fact Markstrom is injured, there's not much you can do about it. Shit happens, as they say. Just ask Colorado Avalanche fans just have quickly things can go off the rails when your #1 goaltender goes down with an injury.

If Demko does get the start tonight, it'll be his first career NHL playoff start. He sports a 3.06 goals against average and .905 save percentage in 27 regular season games with the Canucks this season. The 24 year old San Diego native did manage to play one period in relief for Markstrom in their first round playoff series against the St. Louis Blues, but aside from that he hasn't played an NHL game since March 10th. Sure, the kid is a solid goalie with major upside, but is he the guy you want to turn to in a do or die, backs against the wall type scenario? Probably not, especially when you consider that he's essentially dusting the cobwebs off gear that hasn't stopped a shot in nearly six months.

In the famous words of former Canuck Todd Bertuzzi: "It is what it is."