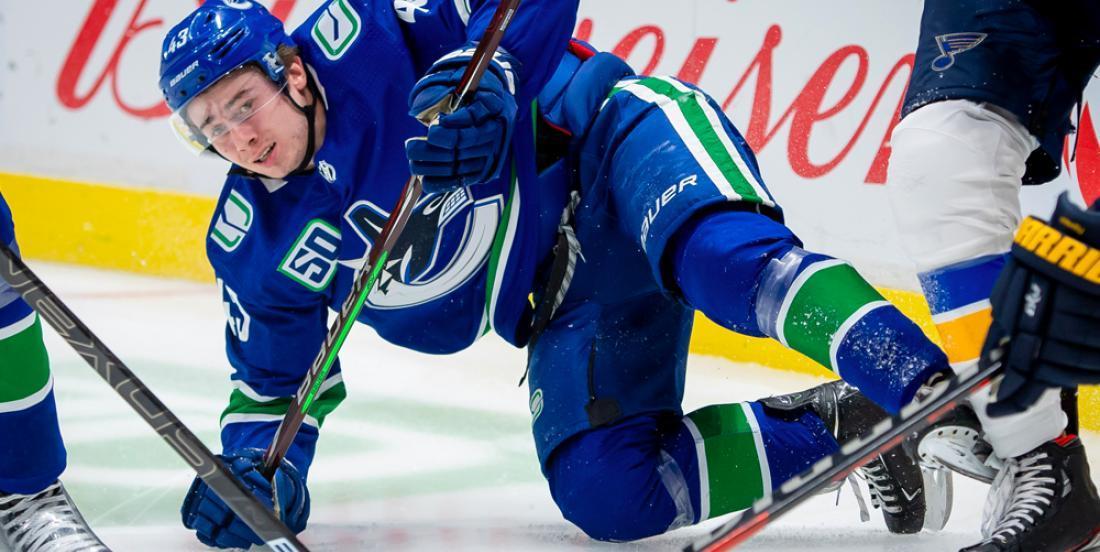 This just in courtesy of Vancouver Canucks insider Brendan Batchelor of Sportsnet, superstar rookie Quinn Hughes did NOT join his team this morning for practice. Missing were also fellow defenseman Tyler Myers and forward Jay Beagle.

Hughes has been a revelation for the Canucks this season and if he misses any significant length of time, the Canucks could be in serious trouble. After all they’re already missing sniper Brock Boeser and starting goalie Jacob Markstrom. Losing Hughes as well might be a loss that they simply can’t come back from.

Jay Janower of Global TV managed to get a clip of Hughes skating on his own after practice:

UPDATE: Batchelor reports that Hughes is officially “day to day” as per head coach Travis Green.