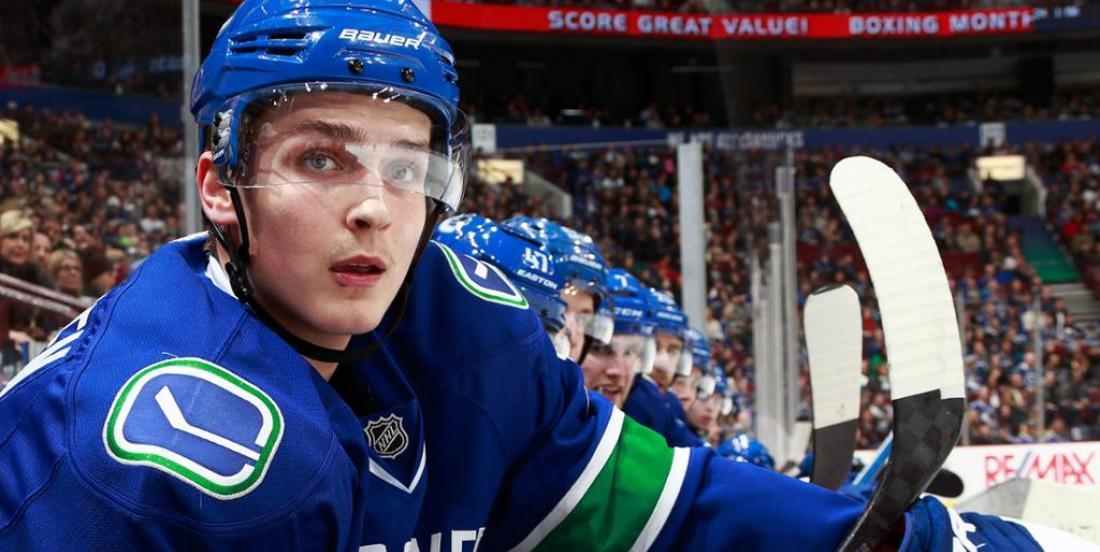 Cue to the Jake Virtanen trade rumours! It has been said in the past, but we feel like rumours might resurfaced especially after what Vancouver Canucks general manager Jim Benning said on Tuesday.

Though the 24-year-old scored 18 goals in the 2019-20 regular season and has arbitration rights with the team, Benning seemed to focus on why the young forward shouldn’t get a raise or even should be traded elsewhere. The GM went on the air of Sportsnet 650 and threw Virtanen under the bus when talking about the postseason and how the Canucks getting ousted in the second round by the Vegas Golden Knights.

“I thought he worked and competed hard in the playoffs. He scored that big goal for us in Game 6. To be perfectly honest with you, though, I was expecting more from Jake in the playoffs,” Benning said on Sportsnet 650 on Tuesday afternoon. “He can skate, he’s strong. He can get to the net. He’s a guy we’re going to have to talk about here going forward. We’ve been patient with him in his development, but he’s a guy I was expecting to produce more for us.”

The GM even compared his own player to one opponent from Vegas that eliminated the Canucks, Alex Tuch, saying that the Golden Knights forward, who was picked 12 spots behind Virtanen in the 2014 NHL Entry Draft at No. 18 overall, was more noticeable on the ice.

“As we’ve seen against Vegas, Tuch … had an impact on the series because of his speed and size.”

And we all know Virtanen does not have the same reputation as Tuch. As you may remember, Virtanen was demoted to the minor-league training group after missing the mark on some fitness standards at training camp last September and was caught at Celebrities nightclub right before camp in July ahead of the Return to Play playoff tournament. That didn’t fly well with the Canucks and we wonder if Benning still has some lingering frustration towards Virtanen that prompted him to criticize him on the air of Sportsnet.

It is also clear that Benning is focusing on other priorities such as re-signing Tyler Toffoli. The Canucks already have a lot of money committed to the Canucks’ depth lines and we wonder where Virtanen will fit.

“We’re going to have to make some tough decisions maybe even on some young players.”

Virtanen deserves a raise, but will the Canucks and Benning agree? We could see this one going into arbitration hearing, unless he is moved before then. After all, this could be the tough decision GM Benning was talking about.