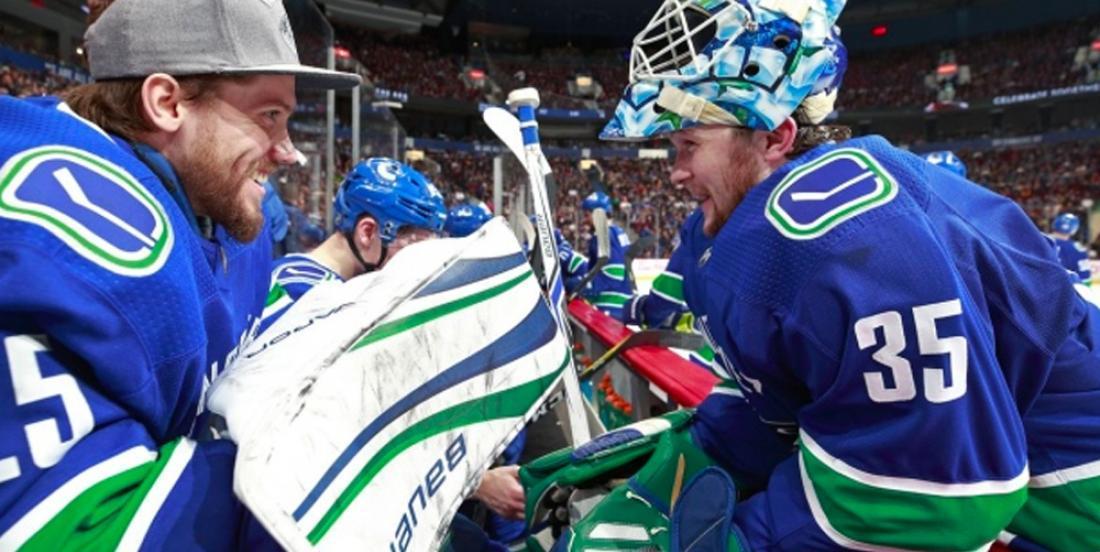 Is this the right call? Thoughts, Canucks fans?

If the final three games of the Vancouver Canucks' season proved anything it's that goaltender Thatcher Demko is the real deal.

A lot of Canucks fans feel that the 24 year old "goalie of the future" Demko should be the team's "goalie of now", considering the sizeable raise that pending free agent Jacob Markstrom is likely to command. No doubt about it, Canucks general manager Jim Benning is in a bit of a pickle when it comes to determining his team's goaltending for next season and beyond. Does he roll the dice on Demko and let Markstrom, the team's MVP in 2019-20, walk away for nothing as a free agent? Or does he re-sign Markstrom to a shorter term deal and let both he and Demko duke it out for playing time?

Complicating things further is the fact that the goalie free agent market will be flooded with former Vezina Trophy candidates Braden Holtby and Robin Lehner also set to hit the open market. Still, you just KNOW that Markstrom is going to get his money whether it's in Vancouver or elsewhere. So... what's Benning to do?

In his season ending press conference today Benning made it no secret that he intends on keeping both Markstrom and Demko long-term and that he believes in having not just one capable goaltender on his team, but two.

Check out some of these comments from Benning courtesy of The Athletic's Thomas Drance:

That's all well and good but, like most things in life, it's going to come down to dollars and cents. If the Canucks and Markstrom are going to come to terms on a new contract, it'll have to make sense for both sides. Given the team's salary cap restrictions it'll be difficult to give Markstrom more than the $6+ million he's expected to receive on the open market. Add in the fact that depth players like Loui Eriksson ($6 million), Tyler Myers ($6 million), Brandon Sutter ($4.375 million) and Jay Beagle ($3 million) eat up nearly 25% of the team's cap structure and it's almost impossible to imagine this team making a big money offer to Markstrom. But, as Benning says... they'll try. Godspeed, Jimbo.