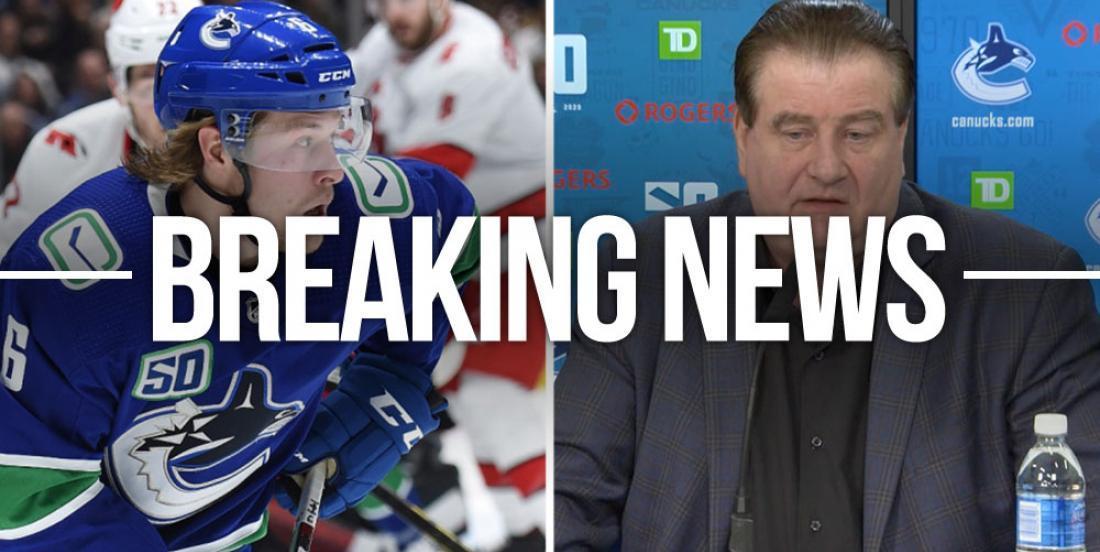 In case you missed it last night, the Vancouver Canucks pulled off a major trade with the Los Angeles Kings, acquiring winger Tyler Toffoli in exchange for Tim Schaller, Tyler Madden and a 2nd round pick.

It’s a steep price to pay, but there’s no doubt that Toffoli should help complement the Canucks’ forward ranks well.

Reaction from Canucks fans was decidedly mixed… until today. That’s because Canucks GM Jim Benning announced that star forward Brock Boeser is out of the team’s lineup indefinitely and may miss the rest of the season with a rib injury.

Well… that certainly puts the Toffoli trade in perspective.

The hits keep on coming…

For those keeping score at home, that's three top-six forwards (Boeser, Leivo, Ferland) out of the team's lineup, with one (Toffoli) added to the fold via trade.