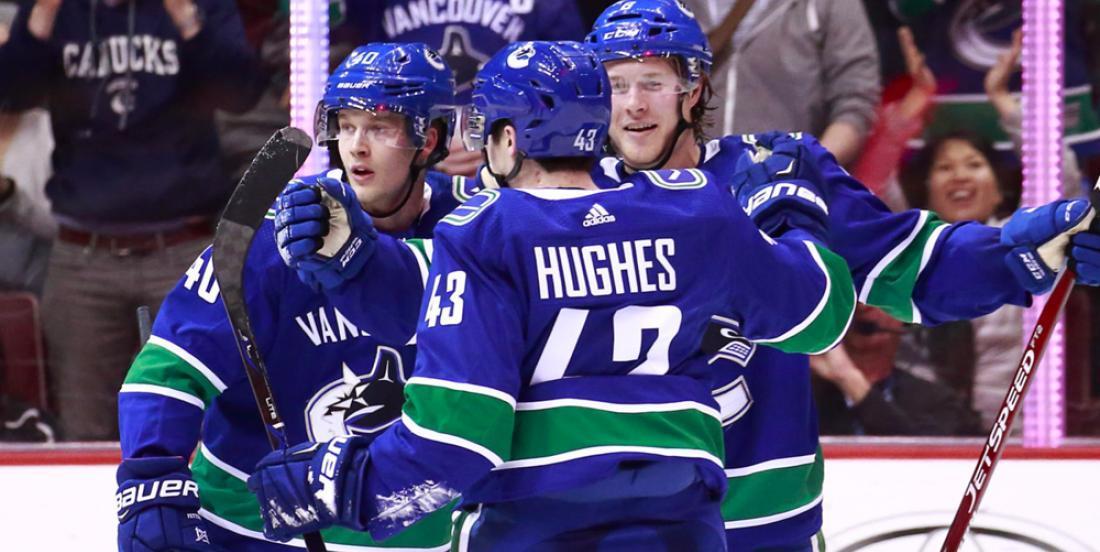 In case you missed it, earlier today the NHL announced its nominees for the Calder Trophy. The Calder, of course, is given annually to the NHL’s top rookie.

This year’s candidates are:

A pretty impressive group, but let’s get real… it’s really a two horse race between Hughes and Makar. Fans and analysts have volleyed opinions on both young defenders back and forth and there’s still no clearcut winner. I wouldn’t be surprised if either guy wins by the smallest of margins.

And, while Hughes’ nomination is an accomplishment in and of itself, it speaks to a larger accomplishment for the Canucks’ organization. In fact, it’s historical. With Hughes’ Calder nod the Canucks now become the first team since the NHL’s expansion era started in 1967 to have a Calder Trophy nominee in three consecutive seasons.

Between Boeser, Pettersson and Hughes the Canucks have the makings of an incredible young core. Throw in goaltender Thatcher Demko and other intriguing young players like Adam Gaudette, Jake Virtanen and prospects like Vasili Podkolzin, Nils Hoglander and Jack Rathbone and there's lots to get excited about if you're a Canucks fan.

In other Canucks news, forward Micheal Ferland rejoined the team after being deemed "unfit to play" earlier this week.

Well, evidently his issue was not COVID-19 as he has not been forced into isolation and quarantine.