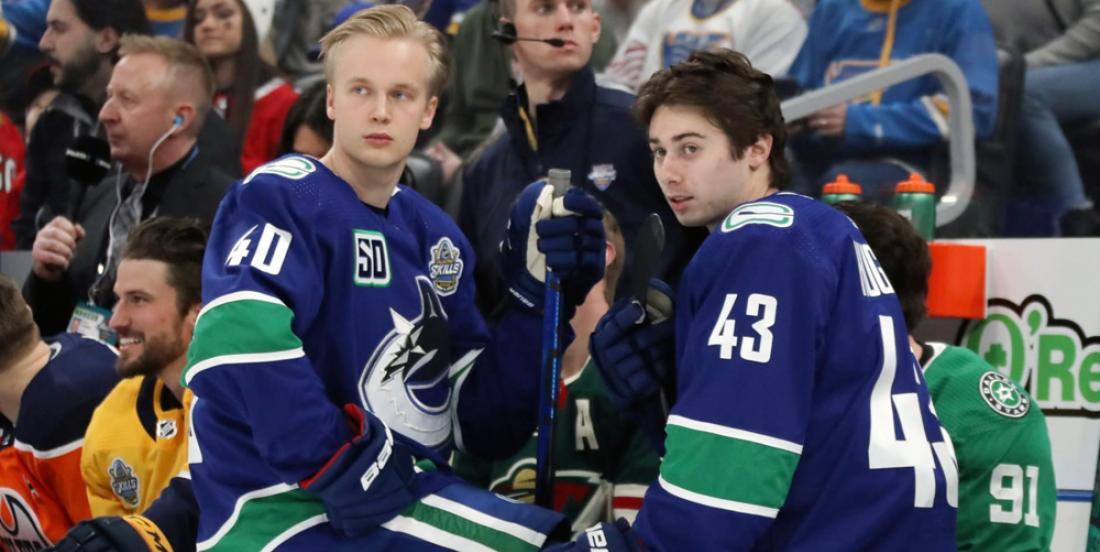 The Vancouver Canucks have announced that they’ll be parting ways with head of scouting Judd Brackett at the conclusion of his contract later this summer.

For those unaware of Brackett’s pedigree, he’s the man believed to be behind the team’s selection of young stars Elias Pettersson and Quinn Hughes.

Canucks GM Jim Benning reportedly handed over the reigns of the team’s scouting to Brackett after swinging and missing badly on 5th overall pick Olli Juolevi back in 2016. Since then Brackett has convinced the Canucks to select Elias Pettersson over Benning’s preferred choice Cody Glass in 2017 and Quinn Hughes in 2018. It’s believed that Brackett was behind the Canucks’ controversial selection of Russian Vasili Podkolzin in last year’s draft, as well.

Canucks insider Iain MacIntyre of Sportsnet reports that Brackett is out over an apparent power struggle between himself and Benning, along with Benning’s right hand man Jon Weisbrod.

Brackett doesn’t have control over the amateur scouting department that he desires. Stuff happens in sports organizations and guys move on, but what makes this issue exceptional is the level of detail being reported regarding Brackett’s unhappiness – right down to the contract that Benning offered him — and that it’s all occurring during what appears to be a golden era for Canucks scouting and drafting.

Regardless of the business, every worker wants to feel valued and respected, and every manager should seek that for their employees. Brackett has done an excellent job and deserves respect, as well as a degree of latitude. But as far as I know, there isn’t an organization in the National Hockey League in which the GM – and remember, Benning built his career as scout – has ceded total control of his scouting department and draft to a senior employee. Because if the owner comes looking for a scalp, his first stop isn’t the scouting department.

Benning hosted a media call shortly after the news broke and admitted that Brackett was offered a two year contract, but negotiations broke off as Brackett was seeking more power within the organization:

Any way you cut it, this doesn’t look good for the Canucks moving forward. Also, you can bet that Brackett will be scooped up by another team the moment he hits the free agent market.

Read below for the full press release announcement of today’s news, courtesy of the Canucks’ official website:

**VANCOUVER, BC -** Vancouver Canucks General Manager, Jim Benning announced today that the club and Amateur Scouting Director, Judd Brackett have not reached a new agreement and will part ways at the conclusion of his current contract. Brackett was named to the role in 2015 and has worked within the amateur scouting staff for 12 years.

“We are grateful for Judd’s contributions and leadership at an important time for our team,” said Benning. “Judd earned the respect of his peers and fans alike; we’re proud of what he and our amateur scouting staff have accomplished. Although difficult, we believe this is the right decision for the future of our team. We are confident we have a strong scouting staff and are well positioned for the upcoming NHL Draft.”

No further changes were made to reporting structure or personnel among the amateur scouting staff. Final draft decisions continue to be the responsibility of General Manager Jim Benning.