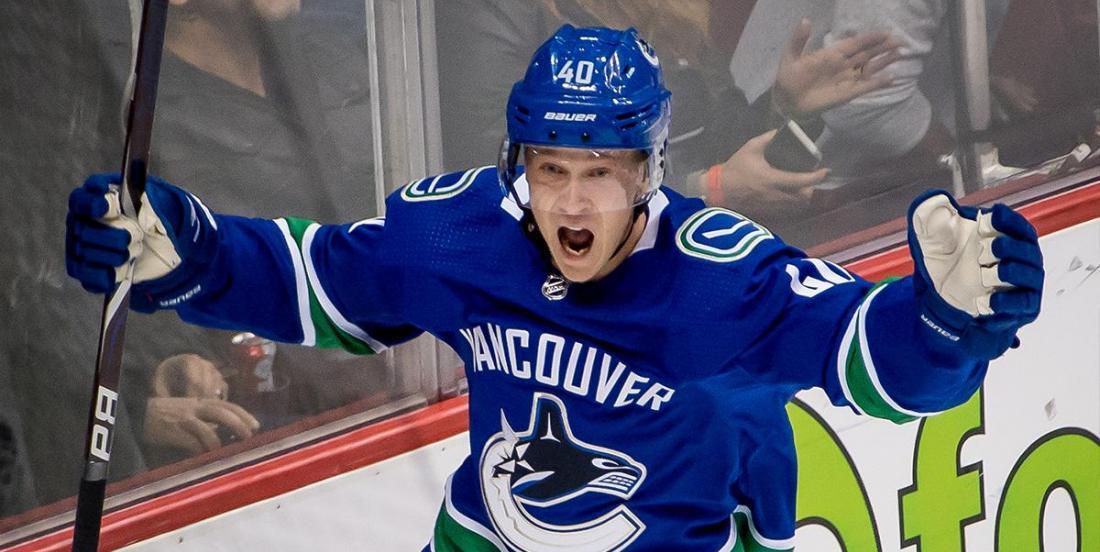 Welcome to The Show, kid!

In case you missed it, Vancouver Canucks rookie Elias Pettersson took the NHL by STORM last night in his Canucks debut, leading his team to a 5-2 victory over the Calgary Flames with a two point performance.

First, check out Pettersson’s first NHL goal on his first NHL shot with this absolutely FLITHY snipe past the glove of Flames netminder Mike Smith.

What an absolute BULLET! So far, the kid is living up to the hype!

In addition to the snipe, Pettersson also had a nifty "Sedin like" assist on linemate Nikolay Goldobin's tally, as well.

Pettersson with the fantastic pass to Goldobin - Canucks up 2-0

Pretty safe to say that the kid's debut went off without a hitch. But... the night didn't start that way. His Canucks teammate gave Pettersson the rookie treatment, forcing him to skate a solo lap around the ice at Rogers Arena in front of fans before the team jumped on afterward to join him.

“It’s a tradition around the league, but I didn’t think I’d get it tonight. It wasn’t very fun skating alone!” - Elias Pettersson

Pettersson gets rookie treatment from Canucks

For the uninitiated, it's somewhat of a tradition for teams to force first year players or AHL call ups to take a solo pre game skate lap before being joined by the rest of the team. The tradition started as a prank with the rookie believing that his teammates were behind him the whole time, but now it's so widespread that surely just about every rookie knows what he's in store for once he's told to lead the pack.

Regardless of any pre game embarrassment, Pettersson sure didn't show it and looked absolutely brilliant in his regular season Canucks debut. The 5th overall pick of the 2017 NHL Entry Draft is the odds on favorite to win the Calder Trophy as the NHL's top rookie in 2018-19 and looked well on his way to establishing himself as a player to watch with his debut last night. While the Canucks may not exactly be a Stanley Cup contender this season, Pettersson should provide Canucks fans with plenty of highlight reel moments over the course of the year.

For the full highlights of last night's game, check out the video below: