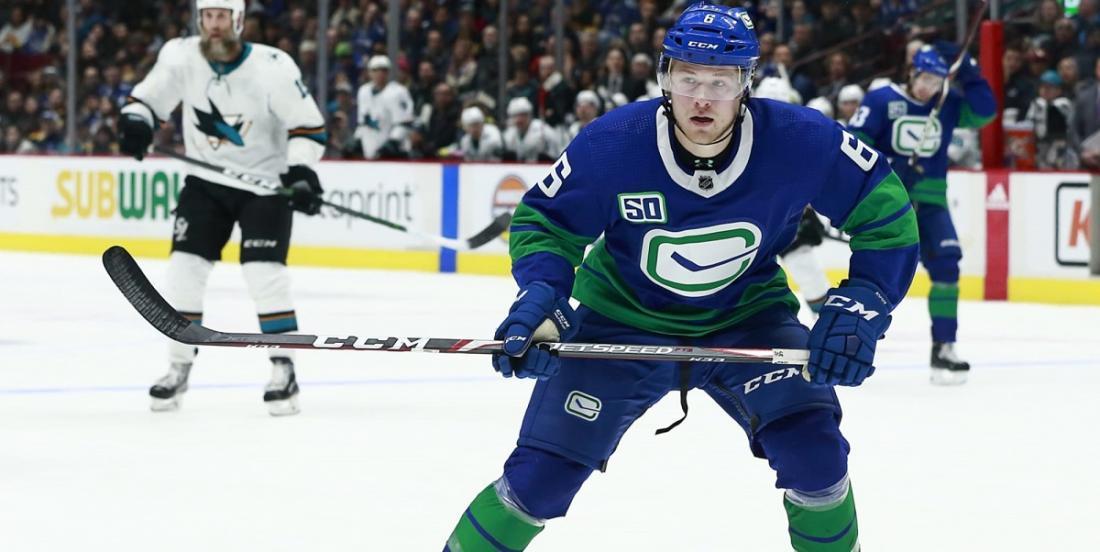 Over the weekend some rather unbelievable rumors began to come out of Vancouver suggesting that the Vancouver Canucks were looking at the possibility of trading forward Brock Boeser. Boeser, the organization's 1st round(23rd overall) draft selection at the 2016 National Hockey League entry draft, appears to be poised to be a part of the team's young core, a core that includes forward Elias Pettersson and defenseman Quinn Hughes, for many years to come. Things may now suggest however that the Canucks feel differently.

We'll start with the rumors from this weekend. It was Matt Sekeres of TSN 1040 who first went public with the information on Friday when he revealed that the Canucks were looking at the possibility of trading Boeser. Those comments were signal boosted by his colleague Rick Dhaliwal on social media, and although this rumor sounds insane both men have solid reputations when it comes to reporting on the Canucks,

At the time that was all that we had to go on but now there are indications that the acquisition of forward Tyler Toffoli during this current season may be playing a role in this sudden shift from the Canucks. In a recent article published by both Harman Dayal and Thomas Drance at The Athletic, it was revealed that the Canucks rate Toffoli, a player that has only ever played 10 games for them, above their former first round pick in Boeser.

Internally at least, the organization has come to rate Tyler Toffoli more highly than Boeser. When the Canucks take the ice in early August against the Wild in the qualifying round, it’s probable that Boeser will be on the second line at evens and on the second power-play unit too.

It seems crazy to suggest a team would value a 28 year old pending free agent that has played in a very short window for them over a 23 year old that already has more 50 point seasons in the league despite only playing 3 seasons in the NHL thus far, but there are too many credible reporters now indicating that this is indeed the case.

In closing I will be somewhat charitable to the Canucks management team here by saying that Toffoli was outstanding in his short span with the Canucks, producing 6 goals and 4 assists for a combined 10 points over just 10 games.