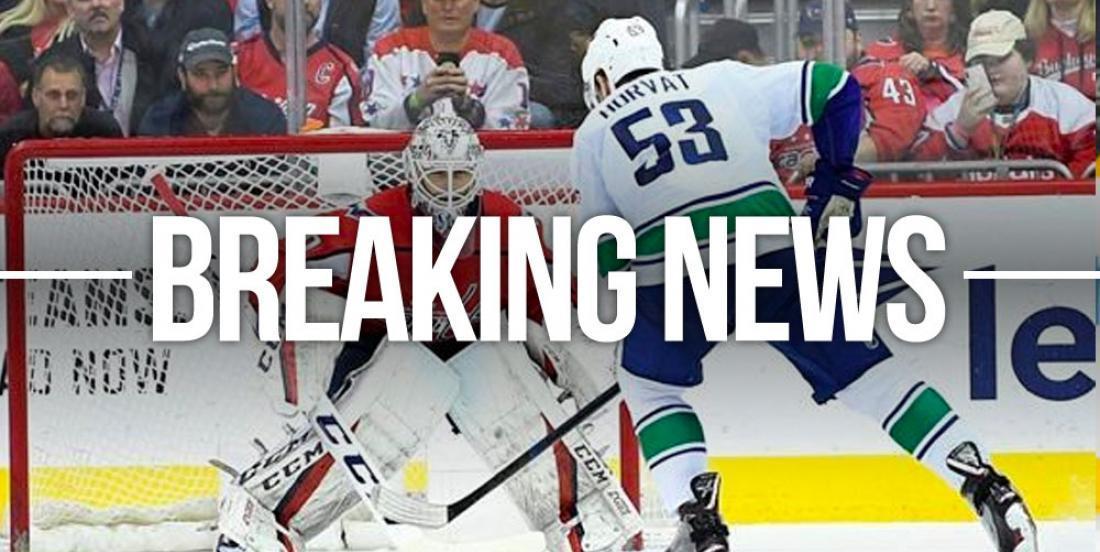 The Vancouver Canucks were feeling the heat and realized they probably couldn’t retain goalie Jacob Markstrom, who has walked away and test the free agency waters Friday.

The Canucks’ Plan B: Braden Holtby. The team has announced that it has signed Holtby to a two-year, $8.6M contract.

The Canucks reportedly made him their best offer and awaited to see if it will be enough for Markstrom before starting to shop on the UFA market. It is believed that Markstrom could have been seeking more than netminder Robin Lehner’s $25-million-over-five-years deal signed on the weekend with the Vegas Golden Knights and Vancouver’s best offer might not have been enough to convince him to stay. Markstrom has gathered the interest of the Calgary Flames and the Edmonton Oilers, though it's been just reported that the Oilers might be stepping out of the sweepstakes.

He could make a great tandem with Thatcher Demko in between the pipes in Vancouver. Holtby is a 50-game type of goalie, which could be a great load for Demko as well who is believe to be the face of the future in net for the Canucks.

This is a good move financially for the Canucks who will have to get ready to sign both sensations Quinn Hughes and Elias Pettersson to hefty contract extensions in the near future. Holtby's new contract does not include a no-movement clause so with the two-year term, he is eligible to be made available in Seattle expansion draft.