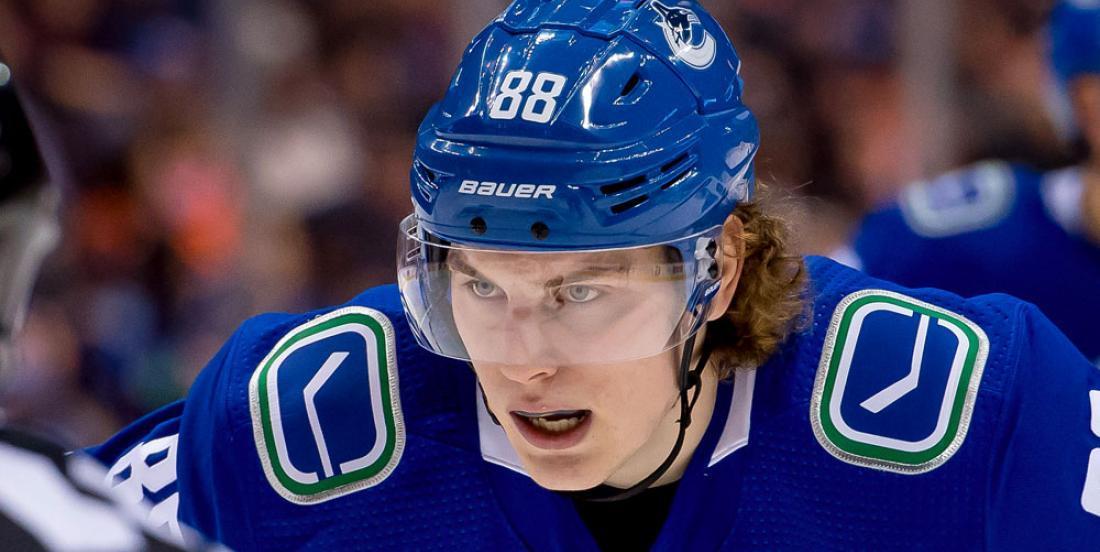 The Vancouver Canucks are getting ready to host the Detroit Red Wings tonight at the Rogers Centre, however, there is still a lot that needs to get done behind the scenes.

Team insider Farhan Lalji of TSN reports that head coach Travis Green has confirmed that Travis Motte will be in the lineup tonight, and that Adam Gaudette will sit. He added that a move was pending but the effected player hasn’t been informed yet. He would not reveal what move that club was making or wouldn’t confirm that a player would be sent down.

It remains to be seen what move will indeed take place. It could simply be that veteran defenseman Oscar Fantenberg will be placed on injured reserve or it could be a player getting sent back down to the minors.

For now, we only know that Gaudette will not be in uniform tonight to face the Red Wings. The 23-year-old had a strong preseason, impressing the Canucks crew with his speed and agility.

He has however posted just an assist in three games since the start of the regular calendar.