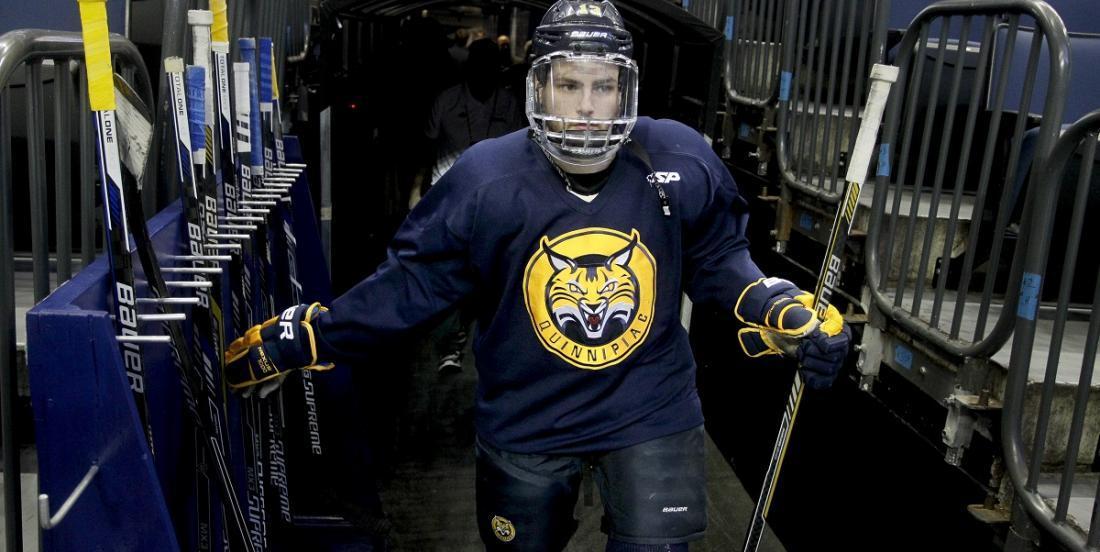 Two National Hockey League hopefuls may have just reached the end of their NHL dreams.

Although there has been no official announcement from the Washington Capitals as of the time of this writing, The Athletic's Tarik El-Bashir is now reporting that the Capitals have effectively cut ties with two of their former draft picks. El-Bashir reports that the Capitals will not extend a contract offer to 23 year old defenseman Chase Priskie, a former 6th round draft pick(177th overall) from the Capitals at the 2016 NHL Entry Draft.

Priskie is coming off 4 consecutive seasons with Quinnipiac University and put up good numbers in each of those season, but never appeared to truly evolve his game to the next level. Instead Priskie completed his 4 years in the program and never even got so much as a look at the American Hockey League level, much less at the NHL level, something that indicates to me that he may be hard pressed to draw the attention of another NHL team anytime soon.

Priskie is not alone however, according to El-Bashir the Capitals are also cutting ties with 23 year old forward Steven Spinner after just a 1 game trial at the american Hockey League level. Spinner, like Priskie, is coming out of a 4 year university program although he was playing for the University of Nebraska-Omaha. Unlike Priskie however Spinner was given a look at the AHL level with the Hershey Bears, although he played in just a single game before the Capitals seemingly decided the would not re-sign him. The former Capitals 6th round draft pick(159th overall) at the 2014 NHL Entry Draft was coming off of his worst season by far in his final year with the University of Nebraska-Omaha, and that may have cost him dearly.

The news will not be official until Thursdays deadline, but El-Bashir is money when it comes to the Capitals so you can expect that neither of these men will be signed. No doubt this is a difficult day for both young men so we wish them all the best moving forward.