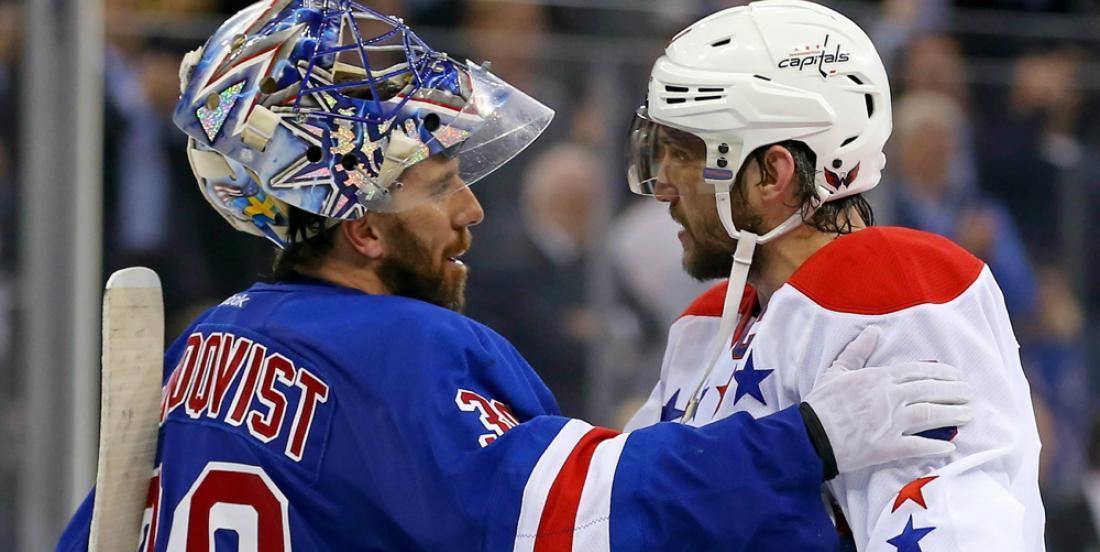 In case you missed it, this past weekend longtime New York Rangers goaltender and pending unrestricted free agent Henrik Lundqvist emphatically declared on Twitter that he won't be riding off into the sunset. No, Lundqvist still has passion and the will to compete.

Now, does that sound like a man ready to retire? Not a chance. King Henrik isn't going out like that.

So now the question is... where does he end up?

In the days since his buy out fans have speculated that he could sign with a team desperate for some goaltending. A team like the Edmonton Oilers or Calgary Flames. The Vancouver Canucks are an option if Jacob Markstrom elects to leave as a free agent. But, according to a report from TSN hockey insider Bob McKenzie, the Washington Capitals have emerged as the clear frontrunner for Lundqvist's services.

The Capitals, of course, are expected to bid farewell to longtime netminder Braden Holtby as he'll test the free agent market. Could Lundqvist be the support for youngster Ilya Samsonov that the Capitals have been seeking? One thing's clear, despite a poor playoff showing the Capitals are still a Stanley Cup contender. Sure, Alex Ovechkin, Nicklas Backstrom and the core of this team is another year older but... are you really going to count out Ovi and the gang? I'm not. Not a chance.

Did Lundqvist struggle this past season? Absolutely. But there's reason to believe that a change of scenery and the fact that he's playing for a legitimate Stanley Cup contender once again will rejuvenate his career. And there's also the fact that for the first time in his career, the weight won't fall entirely on Lundqvist. Together with Samsonov, the pair could make an excellent 1A/1B tandem.

And Ovechkin may now be 35 years old be he's still a perennial 50 goal scoring threat and I could absolutely see him leading the Capitals on at least one more deep playoff run. As satisfying as it was to watch Ovi FINALLY lift the Cup up above his head in 2018, how cool would it be to see him pass it off to Lundqvist in 2021? Stay tuned, because we just might find out.