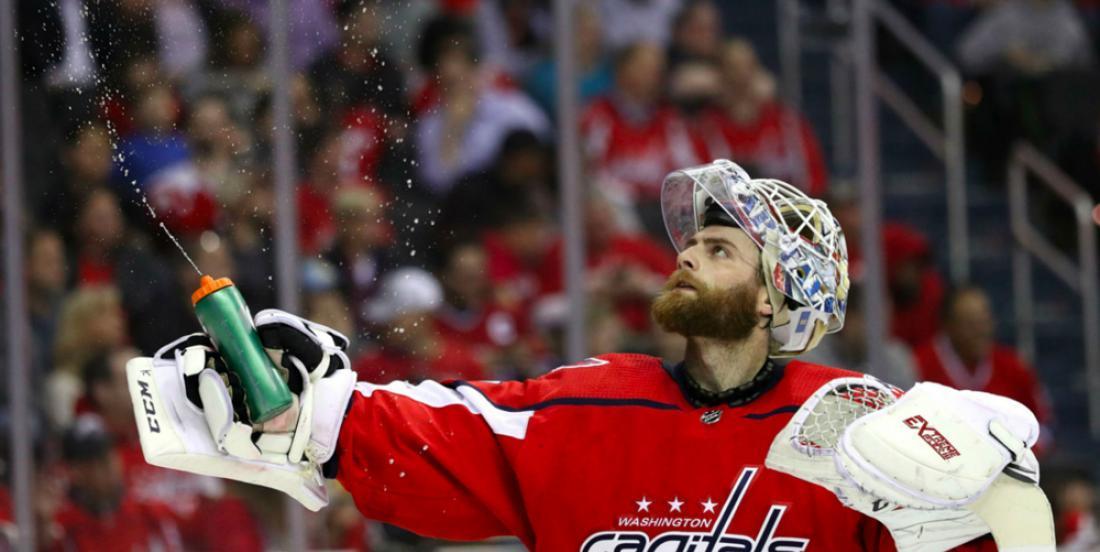 Washington Capitals general manager Brian MacLellan isn't counting on goaltender Braden Holtby to return to D.C. for the 2020-21 season and beyond.

MacLellan was asked about the pending free agent goaltender and negotiations between the two sides in a press conference earlier today and, the GM made it clear that Holtby likely won't be returning.

“I would expect him to go to free agency,” MacLellan said. “I think the goalie market is probably a little unusually deep this year. I talked to his agent last week briefly about where he’s at and the kind of opportunities he’s looking for. I would assume he goes to free agency and we’ll keep in contact with him throughout the free agency and see if he’s getting what he wants.”

For what it's worth, Holtby has said that there's a "chance" he re-signs with the Capitals. But, it's difficult to see how the two sides can bridge a difficult cap situation. “Certainly a chance it is,” Holtby said following the Capitals' playoff elimination by the New York Islanders earlier this month. “But who knows. You live one day at a time and go from there."

As early as last month, MacLellan was optimistic that Holtby could be re-signed but that it would be tough given the team's salary restraints. “It’s gonna be tight,” MacLellan said then. “It’s gonna be hard for cap teams to complete their lineup, to create depth in their lineup. We do have a little room to make some signings. So we’re going to see what happens with the trade market at the draft and then proceed through free agency and try to do the best job we can.”

As it now stands Holtby is set to hit the market as a free agent for the first time in his NHL career. If the rumours about Robin Lehner re-signing with the Vegas Golden Knights are true than Holtby will join Vancouver Canucks goaltender Jacob Markstrom as the two biggest free agent goaltenders on the market. Both players are likely to receive a big pay day, but given how COVID-19 has absolutely destroyed the finances for a lot of NHL teams you have to wonder if Holtby gets as big a pay day as he would otherwise. Take Sergei Bobrovsky from last offseason. Do you think he signs his crazy seven year, $70 million contract if he were a free agent this offseason? Not a chance.