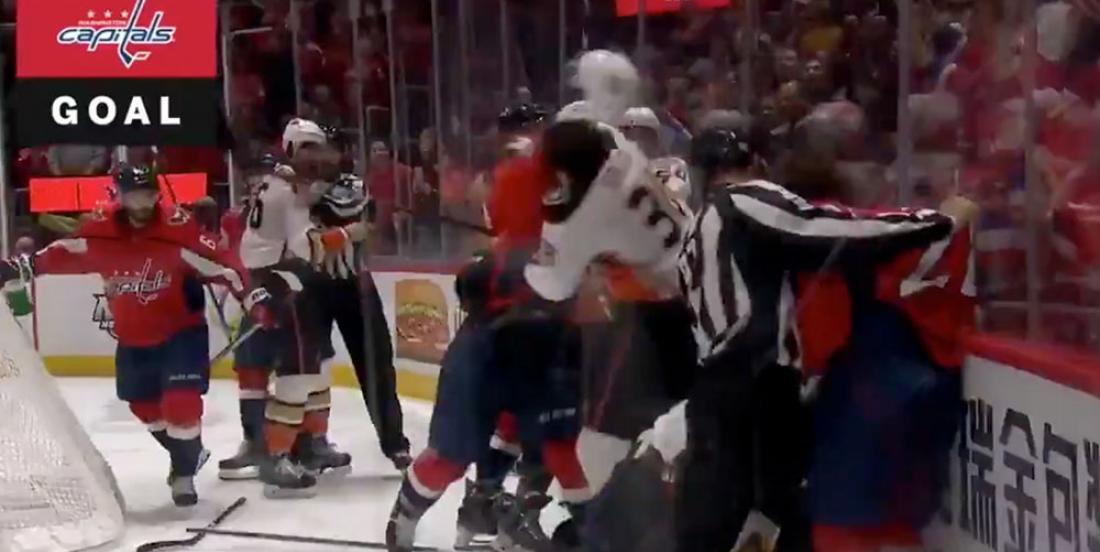 If you’re not watching tonight’s game between the Washington Capitals and Anaheim Ducks, do yourself a favour and get the game on NOW!

After all this madness, referee Wes McCauley confirmed with his officials on the correct call. Goal? No goal? Penalties? What on Earth is going on here!?

McCauley took his sweet time sorting things out and the teams were forced to wait more than five minutes while the officials got things straight. In the end, the Caps were credited with the goal, but we’re still sorting out all the infractions. Stay tuned.