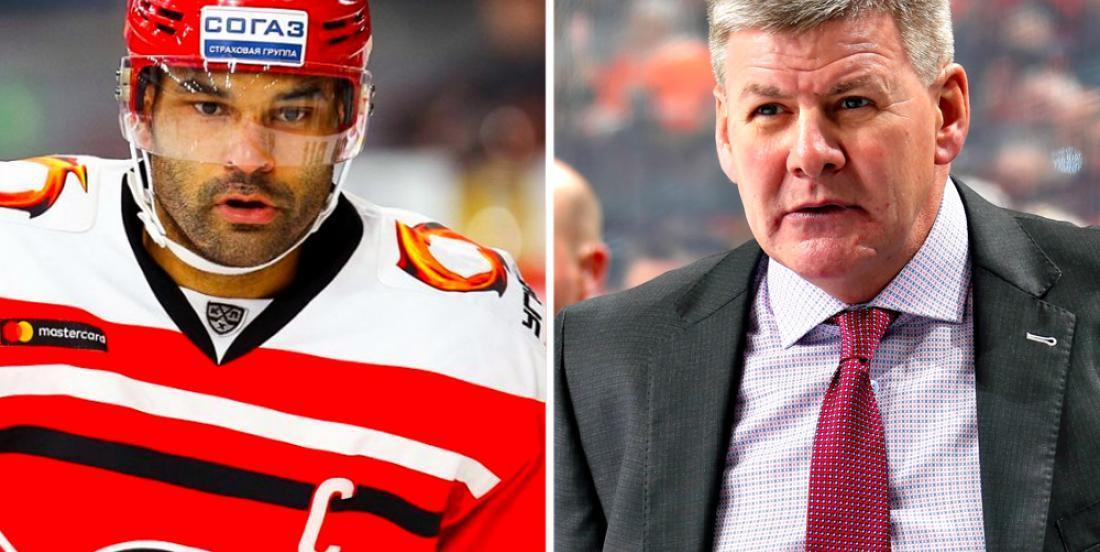 The former NHL head coach’s controversial past comes back to haunt him again.

In case you missed the news yesterday, former NHL head coach Bill Peters signed a two-year contract with Avtomobilist of the KHL.

Peters, of course, resigned from his position with the Calgary Flames this season after allegations of racial discrimination surfaced from one of Peters’ former players. You may recall that Akim Aliu accused Peters of using a racial slur against him during his time with the AHL’s Rockford IceHogs under Peters. It was an ugly situation that ultimately ended up with Peters leaving the Flames in disgrace and with many people wondering if he’d ever work in professional hockey again.

Well, he’s back… but he’ll have to dig himself up from the depths of the KHL if he’s ever going to get back to the NHL again. But here’s the thing, Peters’ controversial past is coming back to haunt him again after Avtomobilist leading scorer and captain Nigel Dawes (A Canadian of Jamaican descent) announced that he’ll be leaving the team as a result of Peters’ hiring. This report courtesy of Rear Admiral of the Spittin’ Chiclets podcast.

As soon as Dawes found out about the hiring, he said that he’d be leaving the team (i.e. not re-signing). The team was looking for an import coach and ultimately hired Peters after a recommendation from star Pavel Datsyuk. Datsyuk’s contract expires on the same day as Dawes but he will be much more likely to re-up now that the team hired the guy he suggested. Sounds like an absolute shitshow (i.e. business as usual in the KHL).

For those who don’t know, Dawes is a legitimate superstar in the KHL and is often regarded as one of the league’s all-time greatest players. The Winnipeg, Manitoba native has played in the KHL for nine seasons mostly with Astana Barys in Kazakhstan, but with Avtomobilist for the past two seasons. He’s fifth all-time in KHL points behind Sergei Mozyakin, Vadim Shipachev, Danis Zaripov and Alexander Radulov. It's estimated that Dawes has earned over $20 million during his time in the KHL. In other words: He's a made man and has earned the right to call his shots in Russia, perhaps more than any other foreigner ever. His decision to walk out on his team due to Peters' hiring will send waves throughout the entire league.