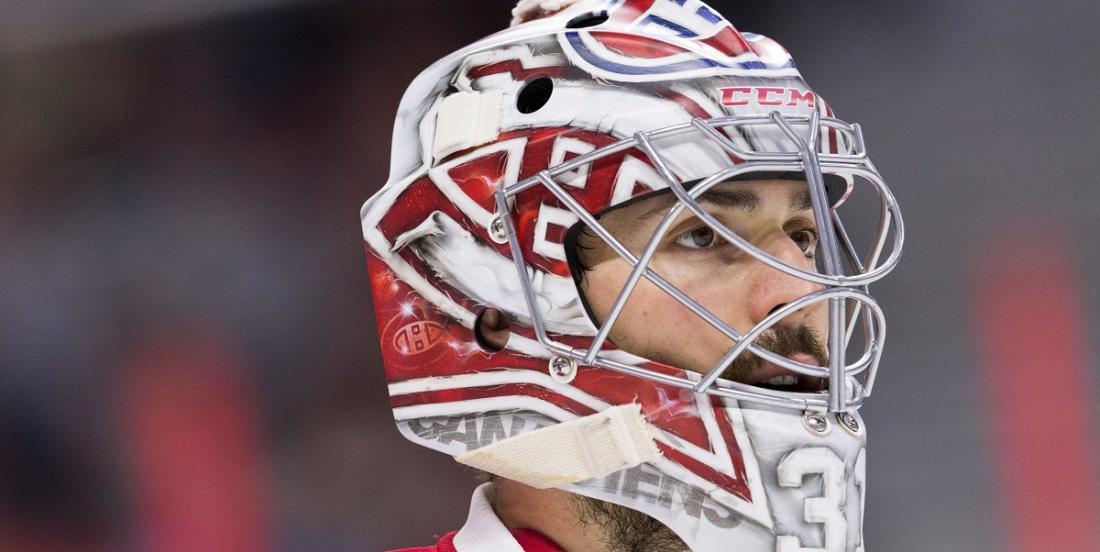 Not exactly a ringing endorsement.

The Montreal Canadiens are facing what most consider to be a very steep uphill battle in their Stanley Cup Qualifying round match up against the Pittsburgh Penguins. In fact according to several oddsmakers there will be no bigger favorite than the Penguins in any of the match ups featured in the Qualifier and conversely there will be no greater underdog than the Habs.

At least some significant part of that has to stem from the fact that the Penguins boast two of the best forwards in the game today in the form of Evgeni Malkin and Sidney Crosby, but it is not like the Canadiens are without stars of their own. The Habs boast one of the most well respected defensemen in the National Hockey League in Shea Weber and goaltender Carey Price is a player that many a Canadiens' fan is hoping will steal the series for them. Although many are looking at Price to be a savior the veteran goaltender was not so quick to take on the mantle of that responsibility, suggesting instead that all of his teammates will have to raise their level if they hope to triumph over the heavy favorites.

"Obviously I can sway the odds with outstanding play, but we're all going to have to play over our heads..." said Price as per Habs insider Eric Engels.

The response seems to suggest that Price may not have a great deal of confidence in the series overall but at least it does indicate he has some confidence in his ability to turn the tide, comments that reflect a prediction made by legendary NHL analyst Don Cherry. Price was also asked about how the Canadiens would look to shutdown the two best offensive weapons on the Penguins roster, but his answer on that front seemed to show even less confidence than his previous response.

"We can ask them nicely to stay at the hotel during the games," said Price on the topic of Crosby and Malkin.

Price would later add that the team would need to come together in order to limit the amount of space two stars will have on the ice, but the reality is likely that Crosby and Malkin are going to be doing Crosby and Malkin things throughout this shortened series.