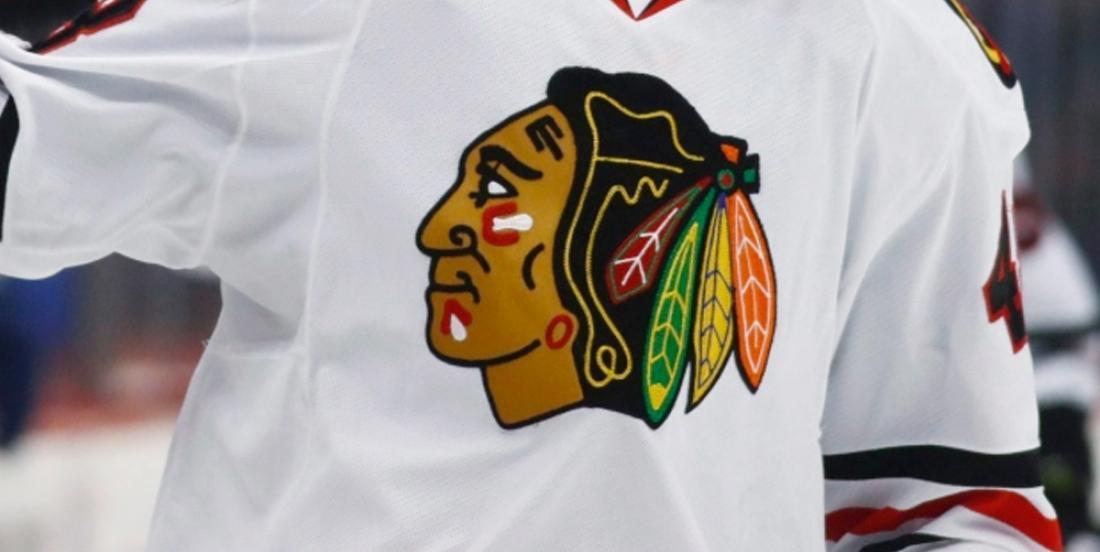 In case you missed the news yesterday, the Chicago Blackhawks announced that they have hired former U.S. Olympian and NBC analyst Kendal Coyne-Schofield as a development coach. Coyne Schofield is the first female coach hired by the team in its 94 year history.

"While I may be first female coach a lot of these players have worked with, I don't see it being an issue," Coyne Schofield said Monday. "Through my hockey career, I've been on the ice with so many players and I've earned the respect of those players through my skill, through my merit, and that's what they're going to see me as when I walk through the door as a coach."

While yesterday's hiring was indeed a historic day for the NHL and the Blackhawks, the editorial decisions made by Canadian broadcasting giant CBC is overshadowing Coyne Schofield's accomplishments. In an apparent protest against the nature of the name "Blackhawks", CBC reporter Stephen Whyno refuses to name the team in his article, opting instead to call them "Chicago NHL team."

Think I'm kidding? I wish that were the case...

Check out this headline:

And that's no oversight either... the article is full of the term "Chicago NHL team" in place of the usual instances of "Blackhawks"...

Really? Is this the hill that you're going to die on, CBC? The use of the term "Blackhawks"? Suddenly after 94 years we're offended by the word "Blackhawks"? Listen, I'm not going to sit here and tell you what you should and shouldn't be offended by, but I don't recall any real public outcry against the Blackhawks for cultural insensitivity or racism. The Washington Redskins, the Cleveland Indians, the Edmonton Eskimos... while those names don't personally offend me, I can understand why they would offend others. The Blackhawks though, to me it's not even in the same category.

To begin with, the name pays homage to an actual person. Chief Black Hawk was a warrior from the Sauk tribe and an important figure in the Illinois state history. Black Hawk led the Sauk into war against British Illinois settlers to defend their land. He leaves behind a legacy of fierce protectionism and defending what is rightfully yours. Besides the NHL team named in his honor, Chief Black Hawk's name is utilized by the U.S. Navy, several Illinois high schools including Blackhawk Middle School and Black Hawk College and several amateur sports teams. In fact, the NBA's Atlanta Hawks were established as the Tri-Cities Blackhawks after Chief Black Hawk. So for anyone offended by the name Blackhawks... I suggest you do your homework.