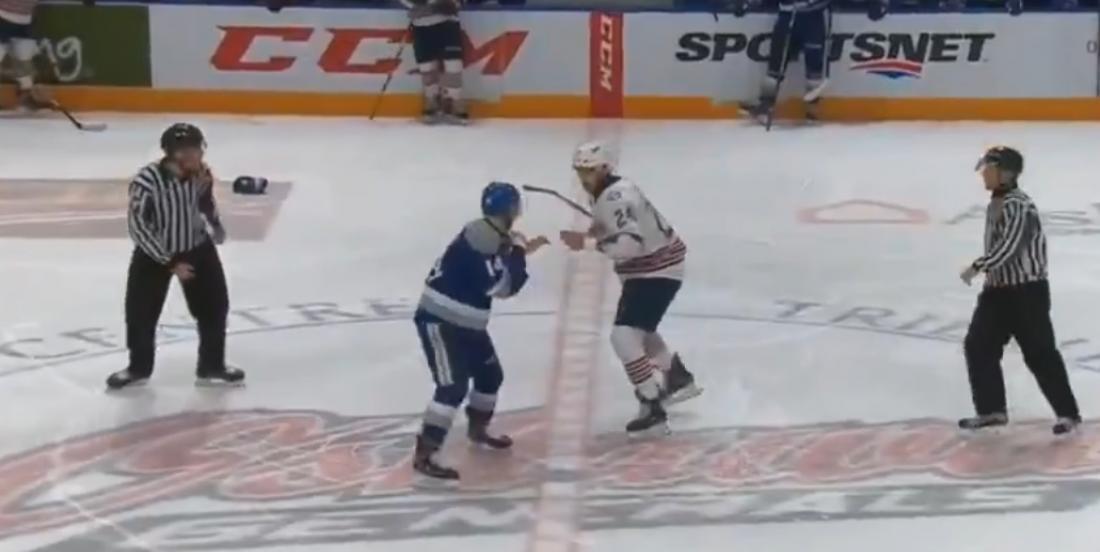 Oh baby do we ever have one hell of a scrap to share with you guys.

Fighting in hockey is simply not what it used to be and if you happen to be one of the fans that laments that fact then you are going to absolutely love this next video clip. This one took place last week in the Ontario Hockey League (OHL) during a match up between the Oshawa Generals and the Sudbury Wolves and I have to admit I think it is better than any scrap I have seen between any two players in the National Hockey League thus far in the 2019 - 2020 regular season.

The two men who go to war in this one were Daniel Walker of the Oshawa Generals, the man who unsurprisingly led the North Bay Battalion in penalty minutes last season with a whopping 129 penalty minutes over just 44 games played, and forward Macauley Carson of the Sudbury Wolves. I honestly hate to pick a winner here as both men clearly went into this one with no intention of backing down and both men traded huge shots back and forth making it very difficult to tell who connected with the stiffer or more effective blows. I think we can all agree however that we as fans, especially those fans who were lucky enough to witness this one live, are the real winners at the end of this showcase of toughness and grit.

What makes this particular fight all that much better is that it had such an Old Time Hockey vibe to it all with both men obviously willing participants to this one. These two men had seen enough of one another and decided to settle their differences on the ice, and they skated over to the middle of the rink to do exactly that. The gloves came off, the elbow pads came off, and when the two men lined up at center ice to throw down they did exactly that. There were no takedowns in this one, no wrestling and no hugging, and the only thing that stopped these two from destroying one another was the intervention of the officials on the ice.