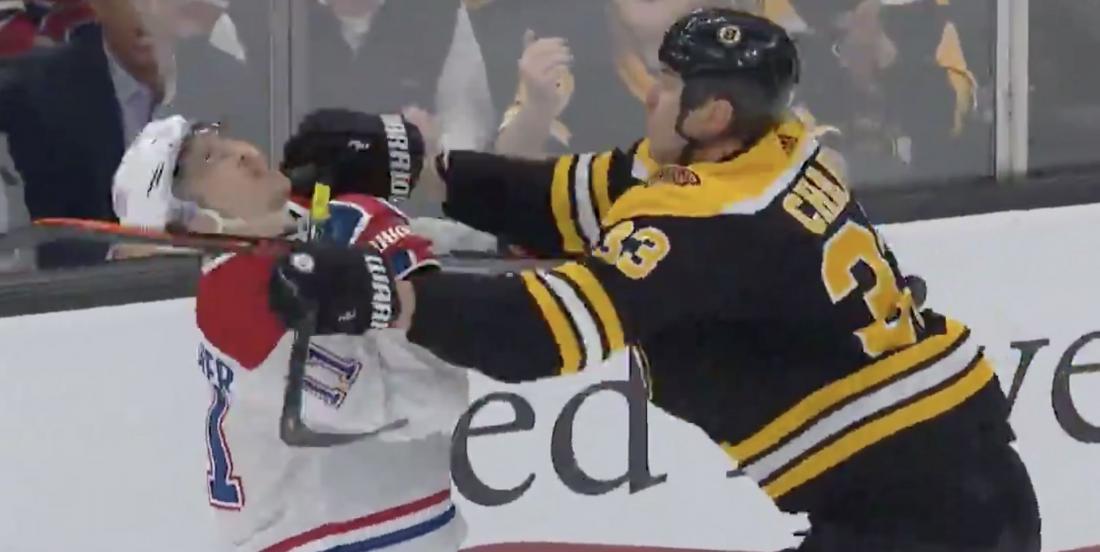 After getting a $5000 fine for a vicious cross-check to the throat of Montreal Canadiens’ much shorter forward Brendan Gallagher one week ago, Chara has decided to add a classy move to his punishment.

Eric Engels of Sportsnet has revealed that the Bruins’ captain contacted the forward to apologize for his actions, which Gallagher much appreciated.

As you remember, Gallagher and Chara got into it during a face-off and were both penalized on the play. Chara for cross-checking and Gallagher for roughing.

Chara was later fined, but he avoided a suspension from the incident.

Chara might have realized he got lucky with the small fine for his actions and wanted to keep the good Karma going by apologizing to Gallagher.