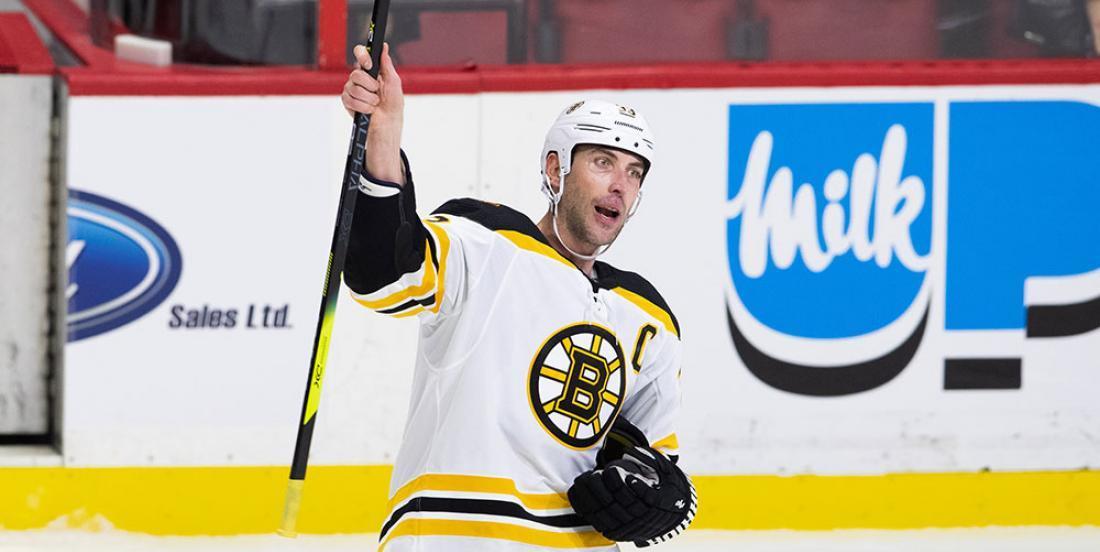 While they couldn’t get it done on the ice last night against the Philadelphia Flyers, the Boston Bruins still made history. The Bruins lost a crazy 6-5 shootout game to the Flyers after a completely blown play by Brad Marchand (more on that later), in what just so happened to be captain Zdeno Chara’s 1,000th career game with the team.

What’s even more interesting is Chara actually entered the NHL record books last night as the first player in NHL history to play 1,000 games with a team ALL as the team’s captain. In other words, no other player in NHL history has played 1,000 games for a team as captain, without having played for the team without a “C” on their chest. For instance, Steve Yzerman played over 1,300 games as the Detroit Red Wings’ captain, but played over 200+ games for the team BEFORE named captain. In Chara’s case, he’s been the team’s captain since the moment he signed in Boston.

In fact, according to Joe McDonald of The Athletic, Chara negotiated the Bruins’ captaincy as part of his free agent deal way back in 2006.

While the Bruins were negotiating with the free-agent defenseman in the summer of 2006, he informed the organization he would sign only if he were named captain. The thought of a player wearing the “C” on his sweater without ever playing a game for the Bruins was unthinkable. Bobby Orr only wore an “A” on his sweater during his career, and here’s Chara basically demanding the captaincy. At the time, the Bruins did not have a captain, and the direction of the organization was in flux. He knew, if named captain, he could immediately build an environment that he thought would equal success.

On Oct. 3, 2006, Chara was officially named the 18th captain in team history. For several seasons, many questioned the organization’s decision because, to the outside world, Chara did not resemble the kind of leaders fans had seen on Boston teams in the past. He kept his business behind closed doors, and even when he spoke to the media, he would never call out the team or teammates publicly. Yet he emerged as a true leader, and the culture he created in Boston has been impressive and should last well after his playing career.

Pretty remarkable if you think about it and nearly unprecedented. On the other hand, Chara arrived in Boston just months after the team had traded their superstar captain in Joe Thornton. Bruins management was desperately trying to remain relevant with its fanbase and they took a chance on Big Z. I’d say that gamble has paid off…

Congrats to Chara, not only on last night’s achievement, but on a fantastic Hall of Fame worthy career. It’s cliche but, given his combination of size and skill, it’s unlikely that we ever see another player like him in the NHL ever again. A true original.