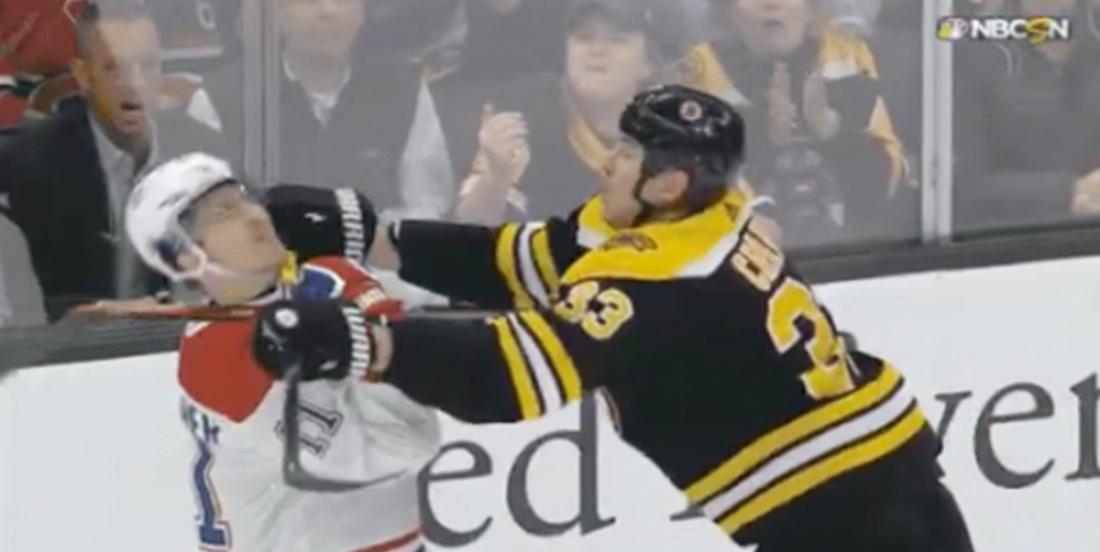 It’s a rivalry that’s almost as old as the game itself: Boston Bruins vs Montreal Canadiens. It’s a rivalry that has produced literally dozens of “can’t miss” moments and last night’s instalment was no exception.

The Bruins managed to get past the Habs by a score of 4-1 thanks in large part to a hat trick performance from sniper David Pastrnak. Oh… and this incredible pass from Brad Marchand certainly didn’t hurt either:

Oh my… that’s a thing of beauty.

But, maybe more fitting for this rivalry though was the rough stuff between Bruins captain Zdeno Chara and Habs forward Brendan Gallagher. The two tussled off a faceoff with Gallagher getting the brunt of things.

Chara was given two minutes for cross-checking while Gallagher received two for roughing. NHL Player Safety however has ruled this morning that Chara pay a $5,000 fine for his infraction: